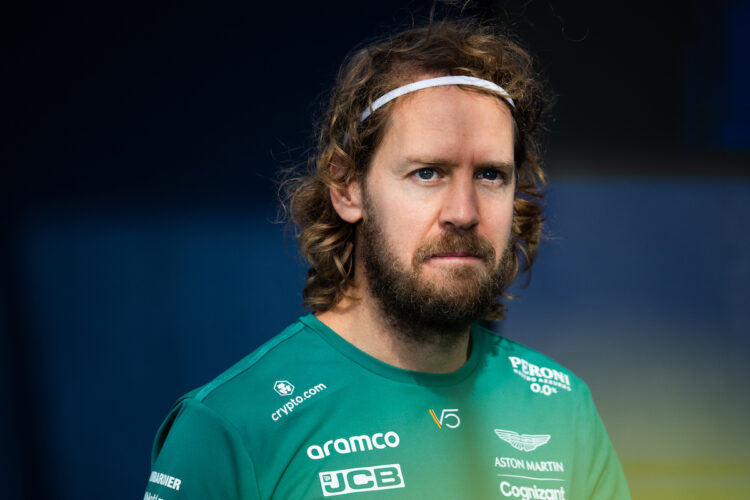 The FIA recently revealed that Red Bull had carried out a “minor” breach of the £145 million cap that was implemented last year.

It is not yet clear how much the energy drink-backed outfit exceeded the quota, however it can range up to £7m under a minor violation.

The situation has angered a number of teams in the paddock, and some fans have suggested that the breach should result in a penalty that aligns with the 2021 season.

Max Verstappen took his maiden F1 title last year following a close season-long tussle with Lewis Hamilton, with just eight points separating the two at the end of the year.

Any potential points deduction could impact the championship outcome – but four-time F1 champion Vettel states that it would be a “stupid” punishment to hand out.

“Yeah, I think on that stuff, the FIA should come out and make it, very clear, very quick or very soon, because obviously, that’s a bit stupid,” Vettel said.

“Maybe you have a point or not, but I think nobody doubts that he was a champion of 2021.”

The FIA has remained hushed over what potential penalty Red Bull could be issued.

The ongoing period has drawn criticism from Vettel, who has called on the FIA to be more transparent with its information.

“They can do what they want, they are the police,” said Vettel.

“But I think we live in a time of age where transparency becomes more and more, not just a thing, but something that is becoming more normal and, I don’t think sports should be excluded from that.

“I think the best [thing] will be to be transparent so that everybody can see what happened.

“But otherwise, you just have a lot of people talking and speculating and I think we’re past that era.”