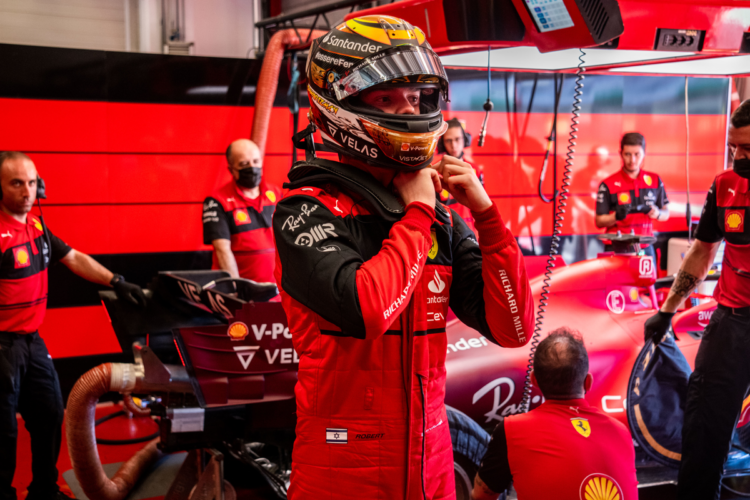 Robert Shwartzman has expressed his excitement about being Ferrari’s first-ever FP1 test driver ahead of his Formula 1 debut at the United States Grand Prix.

Who Shwartzman will be replacing in the first practice session is still unknown, but the Israeli-Russian racing driver will get behind the wheel of Ferrari’s four-time grand prix-winning F1-75 at the Circuit of the Americas.

It marks the first time in 46 years that the legendary Italian racing outfit has run three drivers on a race weekend which is something Shwartzman sees as ‘a great honour’.

“The experience I have gained this year has taught me a lot, and helped me become a more complete racing driver,” he said.

“Debuting in an official F1 session with Scuderia Ferrari is a great honour and to be the first driver to have this opportunity after so many years makes what I will do on Friday really special.

“I am obviously thrilled but at the same time I am also very keen to drive this car for the first time and see how close the work we’ve been doing in the simulator is to reality”.

Shwartzman’s most recent full-time drive was in the 2021 Formula 2 championship where he finished second overall with PREMA Racing, ending the season with eight podiums which included two sprint race wins.

It will be the Ferrari test driver’s first appearance at the Austin circuit, but he noted that he has done plenty of preparation in the simulator beforehand.

“The COTA track is a very interesting and quite challenging,” Shwartzman continued. “I have never driven on this track so this will be my first time there. I have prepared for it mainly on the simulator and I am really looking forward to driving on it for real”.

Shwartzman is set to test for Ferrari in another grand prix weekend later in the season, but it is still unconfirmed as to which grand prix that will be.

Along Shwartzman, Alex Palou will be making his FP1 debut with McLaren, Logan Sargeant with Williams and Théo Pourchaire with Alfa Romeo in Austin.