Marko: De Vries should be AlphaTauri F1 team leader in 2023 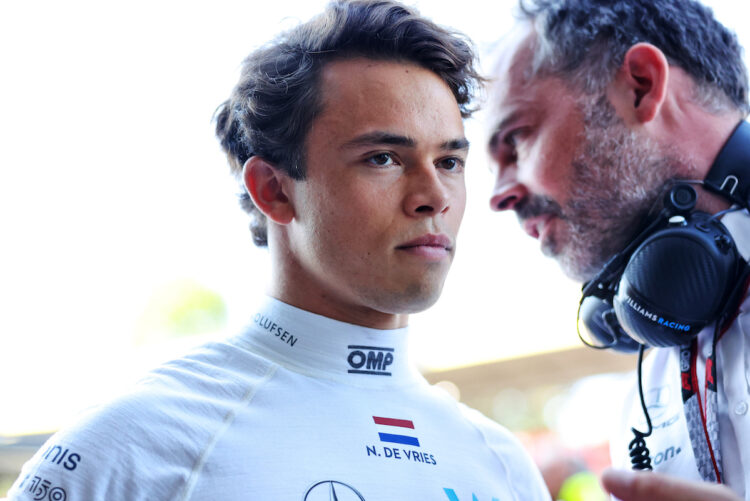 De Vries will join the Red Bull sister team next year alongside Yuki Tsunoda, replacing Pierre Gasly who is departing to join Alpine.

Despite being an F1 rookie, 27-year-old de Vries has experience in various disciplines of motorsport and has championship wins in Formula 2 and Formula E to his name.

Tsunoda will enter his third year of F1 next year, but is several years younger than de Vries, who made his F1 debut at Monza last month with Williams.

Marko sees de Vries’ experience in other categories as a valuable asset and expects him to lead the team in 2023.

“Yuki is young and doesn’t have this experience and background, so [Nyck] should lead the team,” Marko told Motorsport.com.

“We will see how it goes next year, but from the experience and the personality he has, he should be the team leader.”

De Vries has been involved in the F1 paddock over the last handful of years, working as a Mercedes reserve driver.

He has also driven all three Mercedes-powered cars (Mercedes, Aston Martin, Williams) in 2023, which Marko believes will add to his input at AlphaTauri.

“Of course, the team will benefit from that,” Marko added. “He is reserve driver for nearly every Mercedes team on the grid and he has been in various simulators, and we get this kind experience onboard.”

De Vries will be the second Dutchman on the 2023 F1 grid after Max Verstappen, with the two-time World Champion tied down to Red Bull until the end of the 2028 campaign.

Verstappen recently hinted that he could look to race elsewhere after his deal expires – but Marko says there is no plan in place for de Vries to take over Verstappen’s seat in the future.

“As always for us it’s about performance,” Marko said. “When people are performing, then you know how it goes…

“But we are not planning for 2028 or if Nyck will be at Red Bull Racing one day, it’s just about performance.”