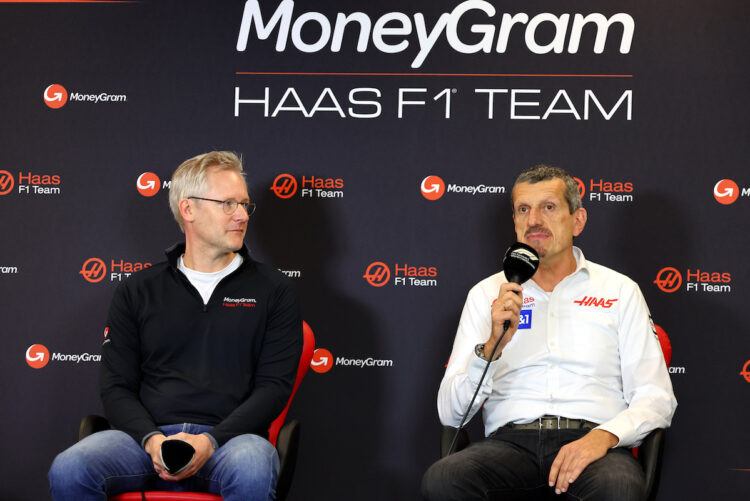 Haas will be able to reach the cost cap limit with the injection of cash from its new title sponsor MoneyGram.

The American team announced on Thursday ahead of its home event in Texas that MoneyGram would be its title sponsor for 2023 and beyond.

Haas joined the grid in 2016 and has operated on a much smaller budget compared to frontrunners such as Red Bull, Ferrari and Mercedes.

Formula 1 introduced a cost cap of $145 million last year in a bid to decrease the spending differentials between certain outfits.

However, some teams, including Haas, were still unable to get close to the cap – however Haas team boss Guenther Steiner says that will change for it from 2023 onward.

“Obviously the big teams can spend outside of the budget cap more, but I always say that with the budget cap in the mid-to-long-term there shouldn’t be this problem anymore that you cannot fight for podiums.”

Steiner added that Haas is “realistic” over its goals for the next handful of years, but is hopeful that it will be able to fight for positions on the podium.

“That is what we want to do, and with this deal I think we make that step that in the next few years we can fight for podiums,” he said.

“I’m not promising it for next year because we just came back from two years which were very bad for us and we recovered pretty well and really continue to improve, but it will take time.

“We’re realistic, I do not want to send out messages now that we are going to win and whatnot, but this is the step to the next level for Haas F1, where we can really fight with other people at the same level.

“Now it’s down to us to do a good job and I’ve never been afraid to work hard or ask the team to work hard and to achieve certain things. That is what we will continue to do as long as I am here.”