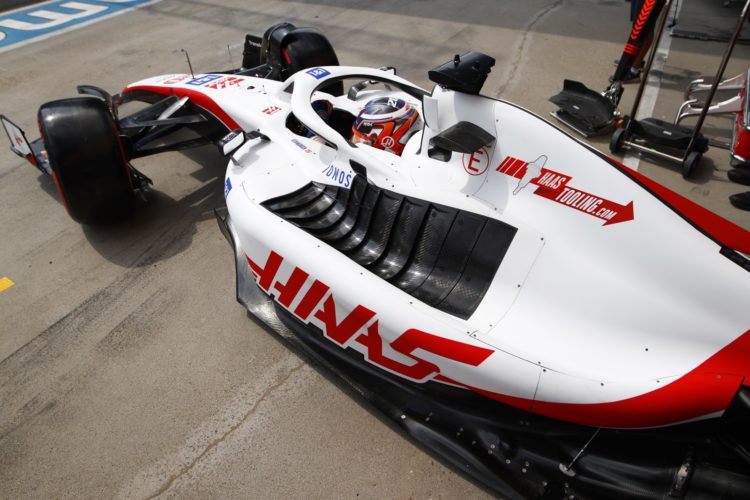 Haas has announced MoneyGram as its new title partner in a multi-year deal, effective from 2023, with the squad’s livery set to undergo a rebrand.

Haas has been without a title sponsor through the 2022 campaign after it severed its deal with Russian firm Uralkali in the wake of the country’s invasion of Ukraine.

The American outfit has now agreed a multi-year deal with digital P2P payments firm MoneyGram as its new title partner.

“We are pleased to welcome an incredible brand like MoneyGram as our new title sponsor,” said Gene Haas, Founder and Chairman of Haas F1 Team.

“Since our entrance into the F1 World Championship in 2016, Haas F1 Team has earned a reputation of strength, agility and resilience. MoneyGram brings a similar drive to the world of financial services, and we’re ready to work together to maximize results on and off the track.”

In a release Haas outlined that its cars will be rebranded ahead of the 2023 season.

“MoneyGram is a different company than it was even five years ago,” said Alex Holmes, Chairman and CEO of MoneyGram.

“We’ve reinvented ourselves into a global leader in the evolution of cross-border payments with our fast-growing digital business and strong culture of fintech innovation – and we’re just getting started.

“We will continue to disrupt ourselves to meet the ever-changing financial needs of consumers, and we’re determined to make sure the world knows it. That’s why we’re hitting the accelerator by making our debut into the world of F1 and teaming up with Gene and Haas F1 Team.”