Magnussen to race alongside father at Abu Dhabi endurance race 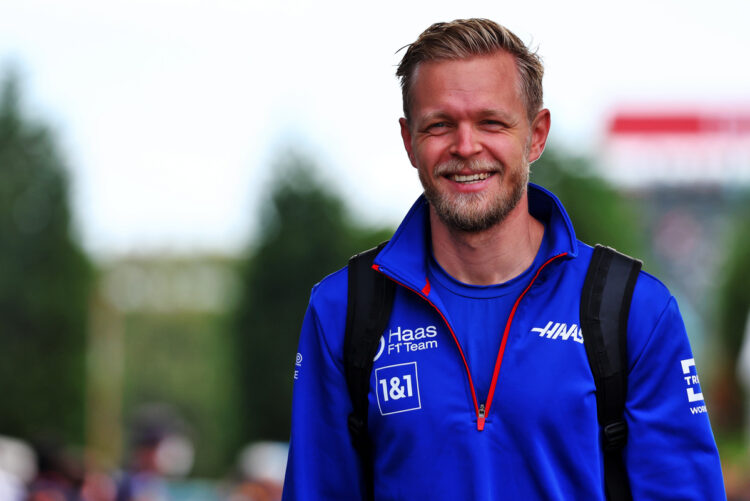 Haas’ Kevin Magnussen has confirmed that he will join father and former Formula 1 driver, Jan, at MDK Motorsport for the Gulf 12 Hours in Abu Dhabi in December.

Jan is a four-time class winner of Le Mans with Corvette – his last triumph arriving in 2009 – while further success fell his way in 2015 at Daytona.

The 49-year-old is a two-time IMSA champion, the series in which Kevin raced last season during his year away from F1.

Kevin re-joined the Haas team this season to partner Mick Schumacher, and he has scored points in five races, helping the American side to eighth in the Constructors’ standings.

The two Haas drivers will still have their sights set on trying to displace the resurgent Aston Martin for seventh in the championship, after which Kevin will join up with his dad to race at the Yas Marina Circuit.

They will be joined by team owner, Mark Kvamme, and will be driving a Ferrari, supported by AF Corse.

Kevin has dipped his toes into endurance racing previously, finishing 17th in the LMP2 class with High Class Racing in 2021, alongside Jan and GT2 European Series Pro-Am champion, Anders Fjordbach.

The Haas driver revealed that the plan to race in December was hatched during the Miami Grand Prix weekend in May.

“Mark and I met at the Miami Grand Prix weekend and somehow the idea of racing together in Abu Dhabi turned up,” said Kevin, quoted by gulf12hours.com.

“We called my father – and the team was set. MDK Motorsports is driven by passionate and professional racers, and I enjoy working with these guys. I’m looking forward to seeing what we can achieve together.

“Of course, I’m also extremely grateful to be given another chance of driving together with my father – and hopefully even trying to win a race.”

The race will take place on Sunday, 11 December.