Drugovich’s ‘patience’ could pay off for F1 future – Aston Martin 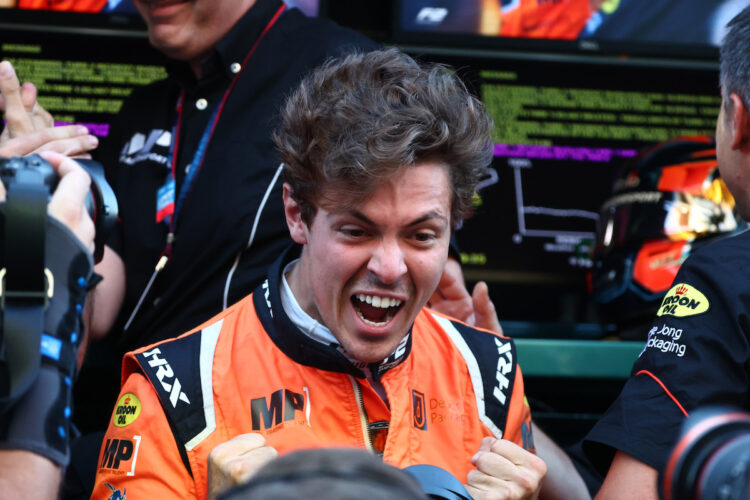 Felipe Drugovich’s patience as he waits for a future drive in Formula 1 is set to serve him well, believes Aston Martin team boss Mike Krack.

Drugovich wrapped up the 2022 Formula 2 title last time out at Monza, before electing to take a reserve F1 role with the Aston Martin F1 team.

Nyck De Vries, who won the F2 Championship in 2019, has taken a full-time F1 seat four years after his title success, having signed with AlphaTauri for the 2023 season.

Aston Martin will run Fernando Alonso alongside Lance Stroll next year, with Drugovich set to assist the Silverstone-based squad from the sidelines.

Krack asserts that patience will be key for Drugovich’s future, with de Vries an example of how a driver’s career can turn around if they wait for the right opportunity.

“You said it – patience. One thing you always have when you look at drivers is that very often if they are not winning F2 in the first year or F3 in the first year, they quickly get to be drawn into a drawer [marked] second best, which I think especially in the case of Nyck is not a fair judgement,” Krack said.

“Yeah, we looked at Felipe. We were quite impressed by the maturity of his racing.

“He was not hot-headed in many, many races, brought it home and was one of the few not affiliated to a junior programme, to an academy.

“They went their own way and this is quite impressive. And yeah, to even choose, maybe not one of the famous teams [MP Motorsport] for his third year I think shows the kind of self-confidence they were having.

“And they brought it home and for us that was very impressive.

“So, I think Felipe and his environment are very professional, they have a very good understanding of the scene, and they will have the required patience for Felipe to get into F1.”

The Brazilian driver will also make his FP1 debut with Aston Martin at the Abu Dhabi Grand Prix next month, in place of Lance Stroll.