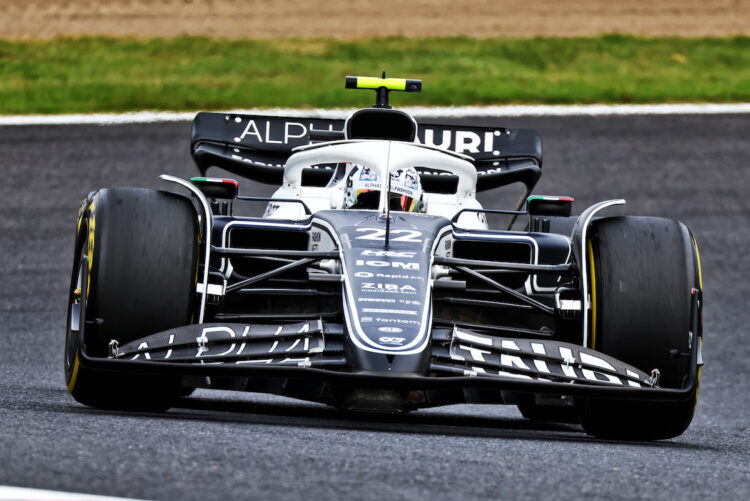 Yuki Tsunoda will be mature enough to spearhead AlphaTauri’s technical guidance in Formula 1 next year, according to his team boss Franz Tost.

Tsunoda will be the most experienced F1 driver at AlphaTauri in 2023, as he enters his third campaign in the series.

The Japanese driver will be joined at the team by Nyck de Vries, who will be an F1 rookie despite boasting a strong racing resumé.

Tsunoda has partnered Pierre Gasly at the team over the last two seasons, but the latter will leave the Faenza-based squad at the end of the year to join Alpine.

It means that AlphaTauri will lean more on Tsunoda to provide informative technical feedback as de Vries comes to grips with racing in F1.

“The guidance of the team depends also on the performance of the car,” Tost said. “If we have a good car, it’s easy for both drivers.

“If we have problems in the car, then I think that it will not be so easy to sort out everything, because Nyck hasn’t so much Formula 1 experience, Yuki is still in a learning process – but I think that Yuki next year should be matured enough to give technical guidance.

“Nevertheless, I expect a lot from Nyck because he has experience from the racing categories where he won races and championships and therefore once more if the car works, I think that we will have a successful year.”

Tsunoda’s temperament has been called into question on occasion, as he often delivers fiery messages over team radio in response to on-track occurrences.

Tost acknowledges that Tsunoda needs to improve his discipline, but has backed the 22-year-old to perform strongly in 2023.

“Yuki is making good steps but of course, he has to work a little bit on his discipline but I’m very confident that Yuki will come up with a really good performance,” he said.

“He showed us, here in Suzuka, because he was out the first time with the Formula 1 car and he has fantastic natural speed, and all the other components we will get under control.

“Therefore, I’m convinced that Yuki will have a successful future, that next year together with Nyck, we will have a strong team.”