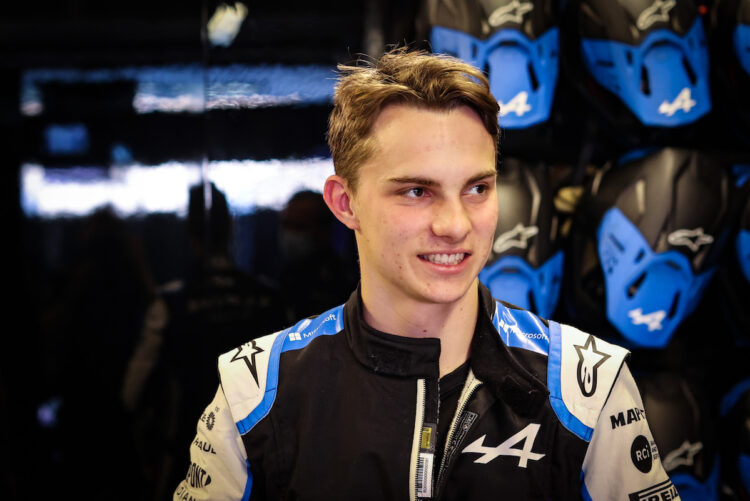 Lando Norris says McLaren will welcome the addition of Oscar Piastri in 2023, believing it will “reignite” the team.

Piastri will replace Daniel Ricciardo next year, with the Australian parting ways with McLaren one season before his contract was due to expire.

Piastri, who is one the most anticipated Formula 1 rookies for some time, spent the last handful of years with Alpine as part of its junior programme.

His future was the subject of a bizarre controversy, in which both Alpine and McLaren claimed they had a valid contract in place with him for 2023.

With the Contract Recognition Board ruling in McLaren’s favour, the team was able to formally announce Piastri, who will partner Lando Norris.

Piastri will be Norris’ third team-mate in F1, with the Briton stating that someone “fresh” at the team will bode well for the Woking-based squad.

“I’m excited because one I just get to work with a different driver and for me that’s something that is always a good thing,” Norris said.

“It’s something to look forward to, you get to learn from someone new. There are things that I’m still going to be able to learn from him, he’s done a good amount of days in the Alpine car.

“I guess it will be a slightly different situation but I don’t think it’s going to change that much.

“It’s not like everything is going to be re-done and we’ll have to look at things differently.

“It’s just we won’t have the addition of Daniel and the guy who’s had the experience of working with Alpine and working with Red Bull – a championship-winning team – that’s the only bit we’ll not have.

“But we’ll have someone fresh and that just always reignites the whole team a bit.”

Piastri will contest a number of new circuits during his rookie F1 campaign – however Norris has backed him to overcome that particular challenge.

“Yeah quite a few [new circuits for him], I don’t know where he’s tested at when he’s done his testing,” Norris said.

“I mean he’s done quite a few, even with Formula 2 they do quite a few apart from maybe these international ones on the last stretch, apart from Abu Dhabi.

“I guess that’s a challenge, it’s the challenge every driver has in their first year. I had it in 2019 against Carlos [Sainz], but he [Piastri] is a good driver.”