Andretti: Verstappen is ‘a perfect example’ of a Formula 1 champion 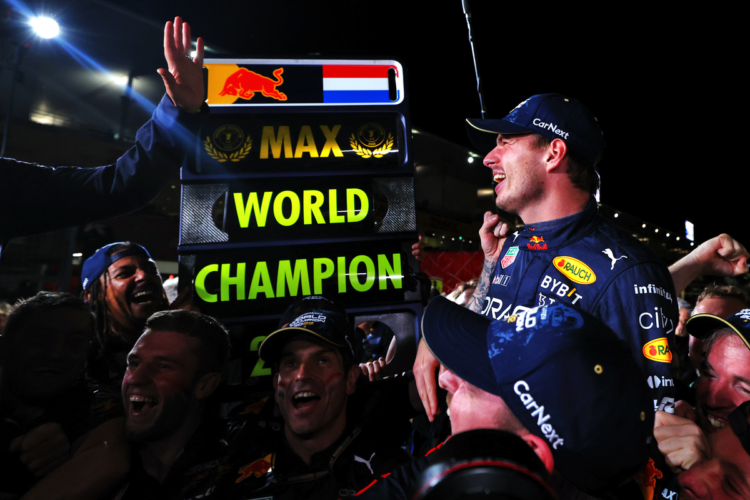 1978 Formula 1 world champion Mario Andretti considers Max Verstappen to be the prime example of what a Formula 1 champion should be, believing he will be at the front of the field for the “foreseeable future”.

The Dutchman has done so in dominating fashion, winning twelve grand prix so far. With four races still left to contest, it is still possible for him to beat Michael Schumacher’s and Sebastian Vettel’s jointly-held record of 13 wins in a single season.

“There is nothing better than being able to repeat a Championship, especially after what went on at the end of last year. It’s deserving as you can see,” Andretti told Sky Sports F1.

“Dominating so far this season and he will probably dominate the rest of the way. A perfect example of what a world champion should be.

“When you have that going for you, that’s it. He’s a tough one to beat and it seems like he is there for the foreseeable future for sure.”

He became the second Red Bull driver to bring home a Drivers’ Championship, following in the footsteps of Sebastian Vettel who asserted a period of dominance in the early 2010s.

Vettel went on to win four championships in a row with Red Bull and Andretti wouldn’t rule out Verstappen doing the same.

“If everything works, then you are almost unbeatable. It will remain so for the foreseeable future,” he continued. “I would have loved to run against him. You always want to be able to measure yourself against the best and some young drivers today will think that too.

“If they can be compared to Max, then you belong in Formula 1. That gives a driver a huge boost. You always want to aim for the top and Max shows what he looks like.”