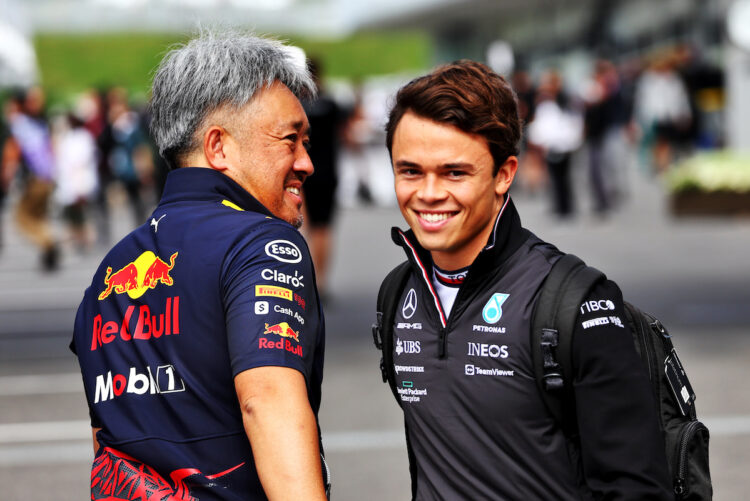 Max Verstappen has revealed that he pushed Nyck de Vries to call Dr Helmut Marko over a 2023 Formula 1 seat following his debut at Monza.

De Vries stood in at Williams for an unwell Alexander Albon at the Italian Grand Prix, and impressed en route to a ninth-place finish.

The outing accelerated rumours that he would join the grid full-time in 2023, and last week, Red Bull’s sister team AlphaTauri announced that it had signed the Dutchman.

The 27-year-old will replace Pierre Gasly at the Faenza-based squad, with the latter joining Alpine alongside Esteban Ocon next year.

De Vries has been pushing for an F1 seat for some time, having been crowned the champion of Formula 2 and Formula E in the last handful of years.

Verstappen believes that the Monza event proved that de Vries was worthy for F1, and stated that he urged his compatriot to contact Helmut Marko, who oversees driver development at Red Bull.

“This is incredible for him,” Verstappen said. “He’s been pushing hard for it for a long time and to finally get that opportunity is amazing for him.

“But also, I think after Monza, there was no real discussion anymore.

“Helmut is the guy, when he likes something he is daring enough to then put him in the car, right, whereas maybe other teams are a bit more careful.

“That’s great news. We are good friends as well. We had a dinner the day after Monza and I told him, like, just give him [Dr Marko] a call.

“You never know what happens and it was also the right time to call him, so Helmut is still probably excited on a Monday from the race on a Sunday, so it worked out really well. And I’m very happy for him.”

De Vries will partner Yuki Tsunoda next year, who will stay at AlphaTauri for a third F1 season.