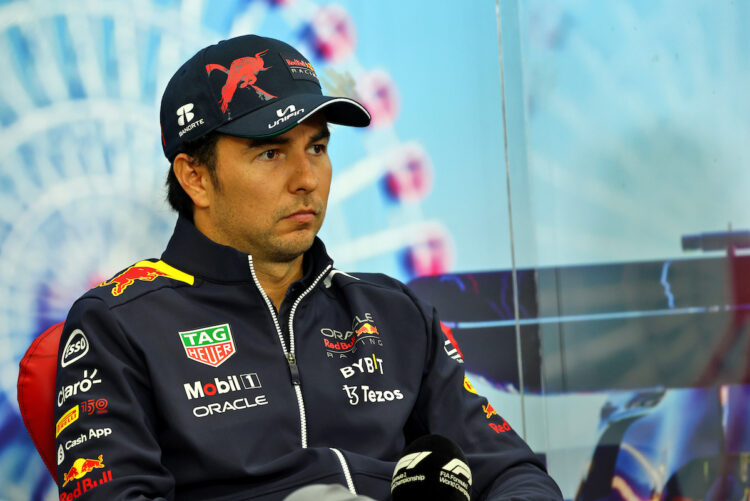 Perez came under some criticism this year for his performances in the mid part of the 2022 Formula 1 season.

The Mexican driver endured a rough patch as the sport approached its summer break, and had a couple of difficult races after the pause before winning the Singapore Grand Prix.

Perez claims that more noise was made over his challenging run of form than other drivers on the grid.

“I think whenever you have a bad race or a little bit of a bad patch, as any other driver, sometimes you can see with the Latin drivers, you can hear a little bit more criticism, where there’s only been a few races,” he said.

“It’s not like the year has gone. You see with other drivers, they have similar issues and it’s hardly been talked about.

“Sometimes I’ve felt that way throughout my career. I think also it was worth pointing it out, but at the same time, I think it’s the beauty of our sport.

“Together with the media, we are a great sport and as a sportsman, you always get that sort of motivation here and there. Nothing absolutely more than that.”

Perez moved to Germany from Mexico when he was a teenager to progress his racing career, and says that he was looked down upon due to his nationality.

“I just felt that sometimes you are not taken seriously, sometimes people say ‘well, he’s just a Mexican, he’s lazy, his culture’, so on and so on,” he said.

“[They thought] just because you are Mexican you are not able to compete to the best people in the world.

“Sometimes I felt that, especially in the early years. But on the other hand, it’s always nice to prove that anyone can be up there.”