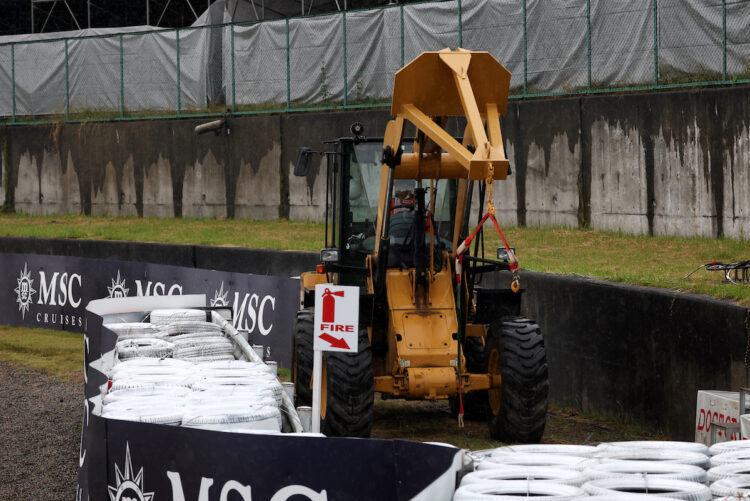 1996 Formula 1 World Champion Damon Hill has expressed his shock at the recovery vehicle incident from the opening lap of the Japanese Grand Prix but is optimistic that F1 and the FIA will come up with a solution.

The incident has been met with criticism from drivers, teams, and fans alike as they were shocked to witness a tractor crane on track in such extreme conditions.

The incident was a stark reminder of the 2014 race, in which Jules Bianchi suffered injuries after hitting a recovery vehicle that he eventually succumbed to.

“That was the big shock, a nightmare scenario,” Hill told Sky Sports F1. “We remember, of course, in 2014 that Jules Bianchi had an accident that ultimately cost him his life nine months later.

“There was a lot of discussion over what the procedure should be, and they agreed that they should never have any kind of vehicle, a crane or any kind of truck on the track when cars are circulating.

“Pierre Gasly literally just passed the vehicle that’s actually on the track, so this is a nightmare situation. If a car hits something, there was a marshal standing there as well.

“From a safety point of view, a big shock for Pierre Gasly. But they’re going to look into this. The drivers are furious and quite rightly, I should say.”

Many drivers expressed their anger in the post-race press conferences, with some even stating the fact that they told officials about their use of recovery vehicles on track during the Singapore Grand Prix just one week prior.

“If you go back to the history of races in Japan, you quite often see very keen marshals out on the track trying to bravely remove vehicles,” Hill continued. “But just a little too keen sometimes.

“I think sometimes there may be a breakdown in communication between the race directors and the traditional way of doing things in Japan.

“I know they are going to go into this in great detail and I think they will come up with a solution that means we will never see a vehicle on the track.”