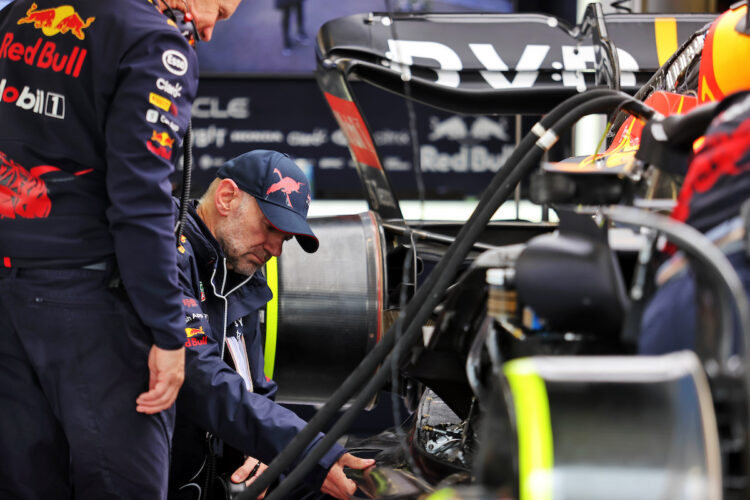 The Dutchman won the championship driving the Newey-designed RB18, which has dominated much of the 2022 season.

Newey, who is often labelled as F1’s greatest-ever car designer, has created 13 championship-winning cars with three teams during his career.

Prior to joining Red Bull, Newey worked at McLaren, where he led the design of Hakkinen’s two title-winning cars in 1998 and 1999.

“I am very happy for Red Bull’s technical boss Adrian Newey,” Hakkinen wrote in his column for Unibet.

“It was thanks to his work at McLaren that I had great cars with which to win both my World Championship titles and he is still winning at Red Bull all these years later.

“He really is the most successful designer in F1 history, and although I know he has a great team of design engineers working with him, his technical leadership is just brilliant.

“Even during Mercedes’ dominant years, Red Bull remained competitive and it’s amazing to see Adrian’s team take advantage of this year’s new regulations to win another title. Congratulations to him.”

Hakkinen also applauded Verstappen and his dominant drive in Japan, which saw him stretch out a lead of 27 seconds in a shortened wet weather race.

“His race start was incredible because it looked as though Charles had taken the lead but Max has so much confidence and held on,” he said.

“You can use that outside line at the first corner in the wet. It’s typical of what a kart racer can do, and Max used all his experience to take control and put Charles behind.

“From then on he was in a class of his own – really on top of the car.

“To win by 27 seconds after such a short race was brilliant. Max’s 12th win of the year really shows how much he deserved this year’s World Championship – he dominated.”