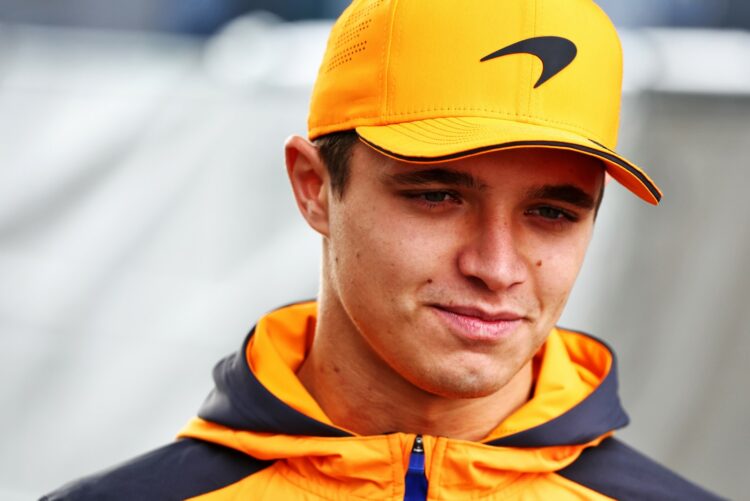 Lando Norris says he has confidence that McLaren can make sufficient gains to emerge as a contender for victories from the 2024 season.

Norris claimed his maiden pole position last year in Russia, and came close to converting it to the win in race trim, but McLaren has slipped firmly into the midfield this season.

Norris climbed onto the podium at Imola, in April, but has since largely had to settle for the lower points-paying positions amid the limitations of the MCL36.

It comes in a season in which Norris committed his future to McLaren through 2025.

“I would say even between 2022 to 2023 I’m not expecting realistically a win or a couple of wins,” said Norris.

“There’s still times where you could achieve a win, even with Daniel [Ricciardo] last year achieving a win, and me almost having pole in Austria, having pole in Russia, almost winning Russia – those things can come along the way.

“Even when [Esteban] Ocon wins and [Pierre] Gasly wins, those moments can come, but until genuinely being in a position where I can say ‘There’s now more excuses and we want to win genuinely rather than with a bit of luck because certain things happen’, that time is in 2024 and 2025.

“Until then it’s a patience game, which is not the nicest thing because I do get frustrated, like this year we’re not as competitive as what we want to be. So is the whole team, like James [Key] and everyone understands we should have taken a step forward this year and if anything we are a little bit back from where we were.”

Norris conceded that lower results in 2022 “sometimes hurts” but accepted that it is part of his and the team’s development.

“Of course everyone is frustrated because of that because we all have the same goals,” he said.

“I guess just personally as a driver sometimes it hurts, you can feel like you do such a good job and you get a little bit stuck at times.

“Many drivers have gone through those times. I just have the faith that we will be able to move out of this little area that we’re in, and have been these last few years, and take those next few steps earlier on.”