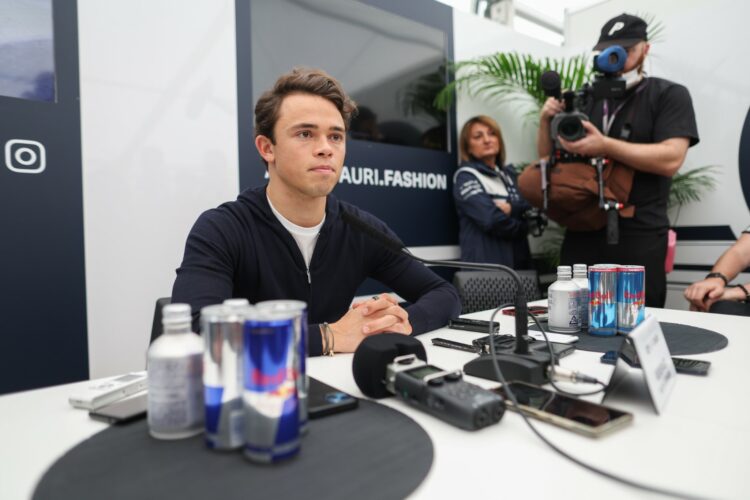 Nyck de Vries says he feared his opportunity to crack Formula 1 full-time had passed by, prior to being picked up by AlphaTauri for a 2023 seat.

De Vries was catapulted into contention for a seat on next year’s grid amid developments in the driver market, with Fernando Alonso switching to Aston Martin, Oscar Piastri opting to join McLaren, and Nicholas Latifi departing Williams.

De Vries’ prospects were also aided by a starring run on debut in Italy, in place of Alexander Albon, when he finished inside the top 10 for Williams.

Negotiations began with AlphaTauri for a 2023 seat amid Alpine’s pursuit of Pierre Gasly, with a settlement reached to release the Frenchman from his contract, permitting the team to sign the Dutch driver.

De Vries will be among the older of the recent full-time debutants, aged 28 by the time the 2023 season begins, and it comes three years after securing the Formula 2 championship.

“I will admit there were certain times in my career I thought it was very unlikely to still get a chance,” he said.

“I won F2 and moved in a different direction in Formula E: it was not a common path towards F1.

“Somehow I always kept a foot in the door, and I’ve always taken every opportunity that came my way. I started WEC in F2, raced even in ELMS for G-Drive, participated in different races, I jumped in Le Mans very last minute this year. I just love racing.

“That defines how my path has gone, and on top of that I was always very grateful for my opportunities outside F1, a lot of racing drivers would be very keen to be in the position I was before moving to F1.

“It’s easy to be frustrated at what you don’t have but it’s harder to be grateful for what you actually have.

“I loved what I was doing, and every opportunity that came I tried to capitalise and made the most of it. Monza showed everything came together and I’m extremely grateful for that.”

De Vries suggested that the opportunity coming slightly later in his career compared to his contemporaries could aid his prospects.

“I feel like I’m very young and look very young which helps! But I’m a little bit of a late bloomer in life in general. I think maturity and experience helps.

“This is slightly new, but at the same time I’m very well aware this industry is about performance and competitiveness.

“I’m enjoying the moment, not so conscious of living my childhood team, just very grateful and happy and I can give this back to everyone who has been by my side.”