Ralf Schumacher fumes over Haas’ treatment of Mick in Japan 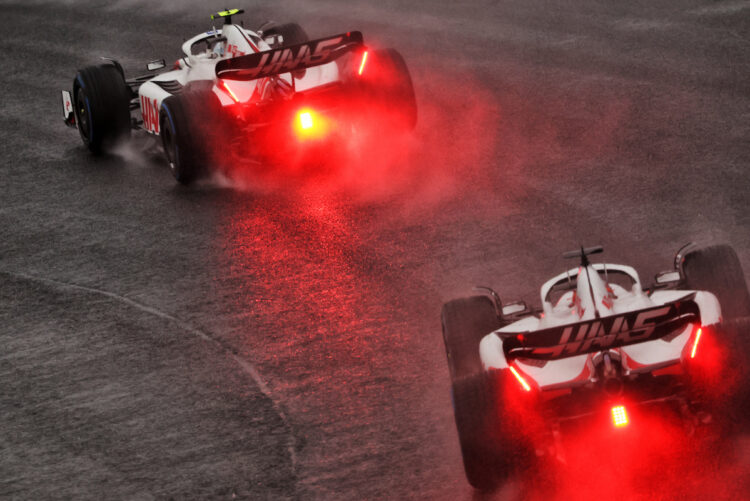 Schumacher found himself restarting the race in 10th place after a lengthy red flag period, and was in the hunt for his first points since the event in Austria earlier this year.

As conditions improved, the field pitted for Intermediate tyres, which provided a significant pace advantage.

Haas kept Schumacher out on the track on the Wet compound, before he was caught by the following pack and shuffled out of the points.

The strategy call annoyed Mick’s uncle Ralf, who says that Haas favoured Kevin Magnussen by pitting him much earlier for the Intermediate tyre.

“It wouldn’t be the first time that Haas made decisions that tend towards Magnussen and not toward Mick,” he said to Sky Deutschland.

Speaking after the race, Schumacher asserted that Haas had the pace to walk away from Suzuka with points.

“Points were up for grabs and we didn’t manage to get them, but definitely the speed was there,” he said.

“Our car is very strong, especially on inters, but unfortunately we put them on a bit too late.

“The fact that we were running P3 at some point, and even did our first leading meters in P1 is something positive.”

Schumacher’s future in F1 beyond the 2022 campaign is in major doubt, as it is believed that the US-owned team won’t continue with the 2020 Formula 2 Champion for a third season.

Haas team boss Guenther Steiner says the team will take the fall for missing out on points, stating the strategy calls were “not proactive”.

“We were caught on our backfoot with the strategy,” he said. “We were too reactive and not proactive, and we ended up down the classification.

“It’s very difficult to make these decisions as we all know, and afterwards we’re always smarter with hindsight. We’ll review what we did and see that we do better next time.”