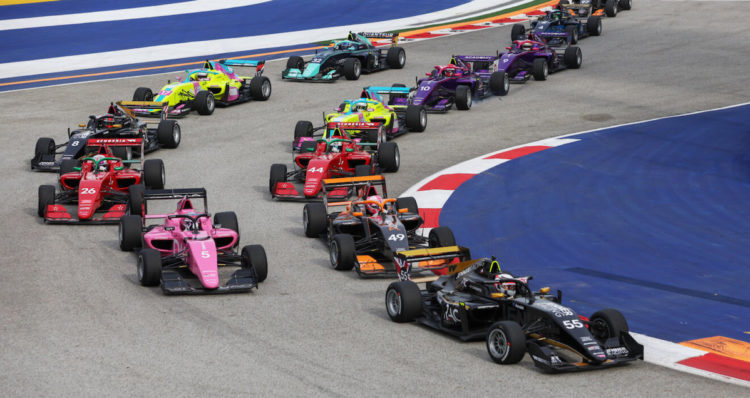 The W Series has confirmed that it will not race in Austin or Mexico City to end its 2022 season due to funding issues.

The all-female single-seater racing category was due to have its final two race weekends of the series later this month in North America.

However, W Series says that it did not receive funding from a recent contracted investment, forcing it to curtail the 2022 campaign.

Jamie Chadwick, who won five out of the seven races that took place this year, has now claimed her third title in the championship.

A statement from W Series says that the decision to cut the remaining 2022 races was done so to focus on the “longer-term fundraising process to enable the longevity and financial health” of the category.

W Series CEO Catherine Bond Muir has expressed confidence that the series will return in 2023.

“It’s with both great sadness and frustration that we announce that our much-anticipated final three races of the 2022 season in Austin and Mexico City will not go ahead,” she said.

“As a start-up in only our third season of racing, we are always working hard to ensure regularity of funding as we continue to grow our business, but due to recent unforeseen circumstances outside of W Series’ control, we had not been in receipt of contracted funds due to us.

“We have worked hard to raise the required funding to enable us to finish the season.

“Unfortunately, it was not possible to do this in the short time frame required following the failure of contracted funds to arrive and the global economic downturn.

“However, while we are all incredibly disappointed that this decision has had to be made in the short term, we remain positive about the future of W Series in the long term.

“We are incredibly thankful for the help and support we have received in recent weeks following the news of the financial difficulties we’ve been facing, which has accelerated our fundraising process and given us great optimism as we look to 2023 and beyond.”

W Series was on the support roster of F1 races this year, including at the inaugural Miami event in May.

The series was originally launched in 2018, and had its first campaign in 2019.