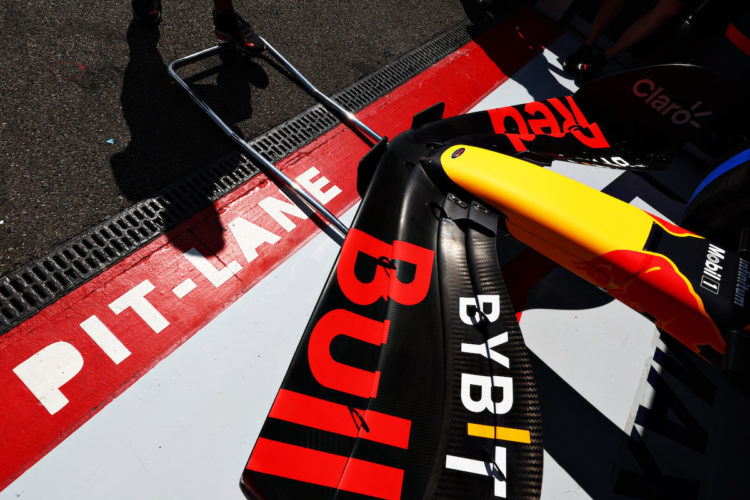 On Monday, the FIA announced that two teams, one of which was Red Bull, breached the financial regulations in 2021.

The other team named in the report was Aston Martin, who is deemed to have been at fault for a “procedural” breach.

However, Red Bull has allegedly carried out a “minor overspend” according to the FIA, which could see financial and/or sporting penalties implemented.

When the news was first reported in Singapore that Red Bull had breached the cap, team boss Christian Horner asserted that it had not gone over the quota.

The team says that it will review the FIA’s findings “carefully” as it seeks to understand where the two parties aren’t aligned.

“We note the findings by the FIA of ‘minor overspend breaches of the financial regulations’ with surprise and disappointment,” read a statement from the team.

“Our 2021 submission was below the cost cap limit, so we need to carefully review the FIA’s findings as our belief remains that the relevant costs are under the 2021 cost cap amount.

“Despite the conjecture and positioning of others, there is of course a process under the regulations with the FIA which we will respectfully follow while we consider all the options available to us.”

The news comes just one day after Max Verstappen sealed his second F1 title with the team.

Red Bull is also on course to take its first Constructors’ Championship since 2013 with four races remaining in the 2022 season.

However, it is not expected that any potential punishment will impact Red Bull’s championship success in 2021 and 2022, given that it falls under the category of a “minor” breach.