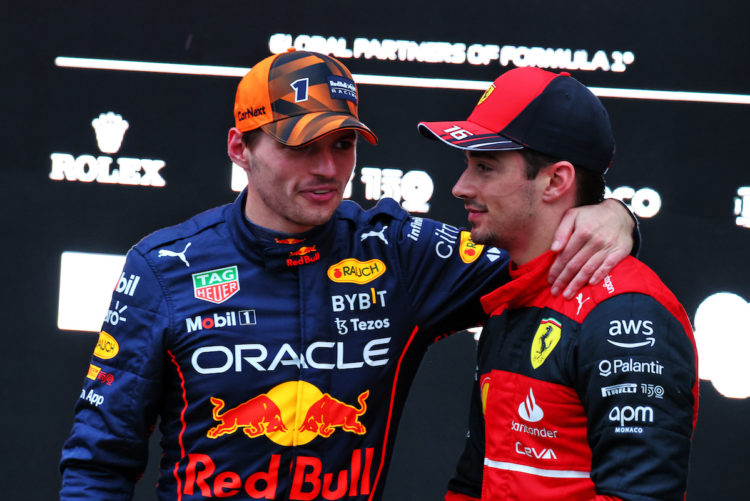 Verstappen won the shortened Japanese Grand Prix, which was delayed for over two hours amid adverse weather conditions.

The Dutchman claimed the championship in an unusual way, as Leclerc was handed a time penalty in parc ferme for gaining an advantage off-track on the final lap, dropping him from second to third.

The FIA awarded full points for the race despite the shortened event, as the race was resumed following the lengthy red flag period.

Leclerc looks to be a championship contender in the early stages of the 2022 season, before his hopes faded as the year progressed.

“A huge congratulations to Max and to Red Bull,” Leclerc said. “They’ve done an incredible job this year.

“Max has just been incredible and it’s a title fully deserved.

“On our side, we’ll try to push for the last four races this season to improve as a team and to hopefully put more of a challenge next year.”

Ferrari has enjoyed its most competitive year since 2018, with Leclerc hoping that the Italian squad can take another step forward in 2023.

“That’s the goal. I mean, I think Max’s title this year was just a matter of time, really,” he said.

“So we expected him to win the world title. Now we need to use those last races in order to become a better team and hopefully, yeah, put him a bit more of a challenge next year.”

Leclerc currently sits third in the Drivers’ standings, as he was overtaken by Perez for second following his penalty in Japan.