Hamilton ‘had a blast’ but rues straight-line deficit 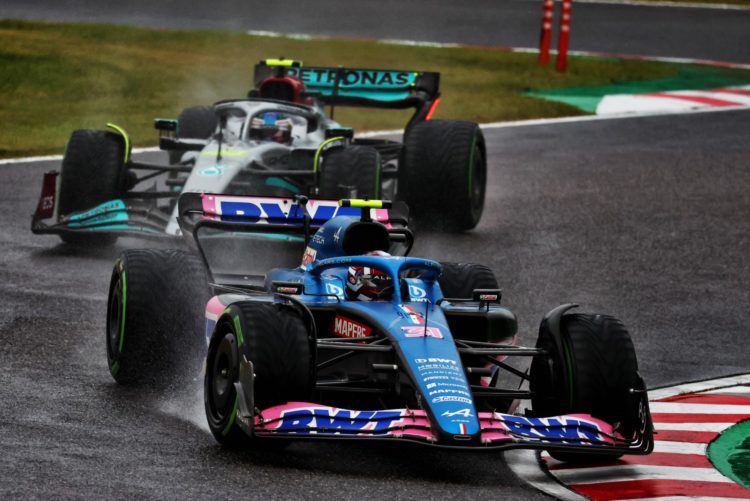 Lewis Hamilton said he “had a blast” battling Esteban Ocon at Formula 1’s Japanese Grand Prix but was left to lament a lack of straight-line speed.

However he was unable to find a way past Ocon and the pair were split by just six-tenths of a second as they crossed the finish line.

“Once we got racing today, I had a blast out there – it was so tough in the conditions, hard to see and that’s exactly how motor racing should be; a real challenge for us all,” said Hamilton.

“I wish we had been able to go longer and do more laps for the fans who waited so patiently, but we ran to time and were beginning to lose the light.

“In terms of my race, I tried everything I could against Esteban but like we saw [in qualifying], we were just too slow in a straight line.

“As soon as I pulled out of the tow, he was able to pull away from me, and I just couldn’t get past even though we had a big pace advantage.

“I was trying every line and got so close, but he drove very well and didn’t make any mistakes, so that was the maximum we could do.

“Now we need to pick the bones out of these two races and learn our lessons to maximise the points we can score in the final four races.”