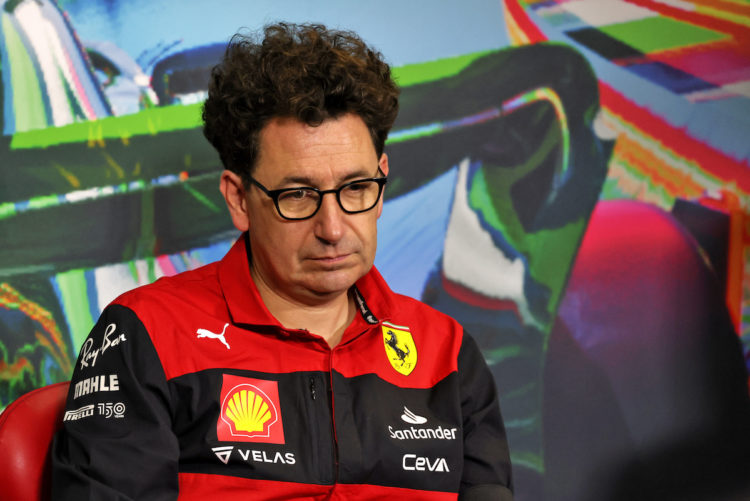 Ferrari team boss Mattia Binotto says the FIA’s decision to delay its budget cap review gives truth to the suggestions that some teams were in breach of the regulations.

During the Singapore Grand Prix weekend earlier this month, reports emerged that two teams had overspent the 2021 budget cap of $145 million.

One of the teams named was Red Bull, however the Milton Keynes-based squad says that it operated legally last year.

The FIA was due to release its findings last Wednesday, but delayed the announcement until the Monday after the Japanese Grand Prix event.

Binotto believes that the delay means that there is something out of the ordinary regarding spending from certain outfits.

“Coming to the budget cap, what I’m expecting [on Monday], and you are expecting, is the report,” he said.

“[It’s] interesting to see that it’s taking so long to issue it, because it was due days ago.

“Why we’re simply waiting so long, simply because there are discussions behind which are simply giving, let me say, truth to the fact that there are rumours and speculations about maybe teams having being in breach.

“So I think it’s simply confirming that there are discussions, because there is something not clear in there.”

The FIA can impose a range of penalties if a team is found to be in breach, spanning from a fine to championship disqualification.

Binotto asserts that any breach, regardless of the figure, warrants a “significant” penalty to the guilty party.

“What’s important for us is whatever will be the breach, if any breach, the penalty has to be significant, because believe me, that our cars in Japan tried to fight for the best position,” he said.

“These are cars that have been developed maintaining, respecting the budget cap itself, and we know how much, even if it’s a minor breach, how much it would have implied in terms of performance.

“Obviously it’s about 2021, 2021 it’s an advantage you gain over the following seasons. I think what we need and what I’m expecting is full transparency and clarity on the discussions that may have happened.”