Why Verstappen was crowned F1 champion despite shortened race 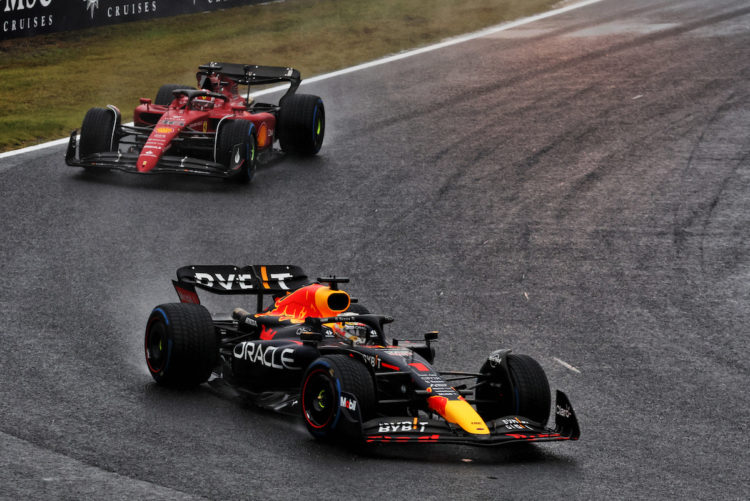 Max Verstappen was crowned the 2022 Formula 1 World Champion on Sunday in bizarre fashion, as he was made to wait until several minutes after the race had ended to celebrate.

The Japanese Grand Prix got underway on time, but a Safety Car was deployed on the opening lap following a crash for Carlos Sainz.

Very shortly after the incident, amid worsening weather conditions, Race Control opted to show the red flag and all the cars returned to the pit lane.

F1 has a system in place that if a race is shortened, alternative points will be handed out.

Article 6.5 of the Sporting Regulations states that “If a race is suspended in accordance with Article 57, and cannot be resumed…”, then it will apply its alternative points system.

The new points structure was introduced following the debacle that occurred at last year’s grand prix in Belgium, which ran for two laps behind the Safety Car before being called.

However, the race in Japan was ultimately allowed to continue following a delay of over two hours.

Interpreting the regulations, the FIA awarded full points to all of the drivers.

However, this was not clearly communicated with teams and media, leading to confusion post-race when studying the classification.

Charles Leclerc was issued a five-second time penalty for gaining an advantage running off the track on the last lap, dropping him to third place.

Through this, Verstappen had an insurmountable lead, sealing his second F1 title.