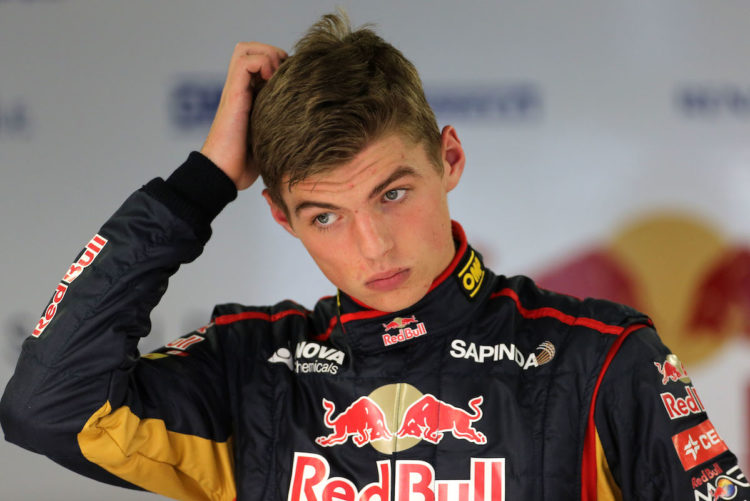 Max Verstappen has opened up on his first Formula 1 weekend appearance, which came eight years ago at the Suzuka Circuit.

After being signed up to Toro Rosso for the 2015 campaign, Verstappen, shortly after his 17th birthday, replaced Jean-Eric Vergne for the first free practice session at the Japanese Grand Prix weekend.

The event, which would go on to be marred by Jules Bianchi’s crash during the race, saw Verstappen receive a flurry of attention due to his notable young age.

During FP1, he clocked 22 laps and finished 12th, 2.6 seconds down on pace-setter Nico Rosberg.

Reflecting on his weekend debut as he nears his second F1 title, Verstappen says that the experience was a shock to his system.

“To do your first outing in an F1 car around Suzuka is probably not normally straightforward, but Red Bull wanted me to do it,” Verstappen said.

“I remember the very first time I drove out, I couldn’t believe how much power I had. So that was a bit of a shock to the system, but overall, very good memories of driving the car and trying to just understand the basics of a Formula 1 car.

“Then of course, in all those years after that… to be honest, I think what helped the most is just experience and good moments, bad moments you’ve had in Formula 1.

“I think they make you a better driver, just knowing how a weekend works, knowing how to deal with Friday, Saturday, Sunday. Now, it all feels very easy.

“Of course, when you just start in Formula 1 it’s all very unknown and at the time, I only had one year of single seater experience as well so all of that. If I compare myself as a driver now to then it’s a very big difference.”

Verstappen spent one season at Toro Rosso before being promoted to Red Bull shortly after the start of the 2016 season.

Since then, the Dutchman has gone on to achieve great success in F1, securing his maiden F1 championship in 2021 following a fierce title fight against Lewis Hamilton.

He currently sits inside the top 10 list of all-time wins in F1, and is contracted to Red Bull until the end of the 2028 season.