Gasly: Crane on Suzuka F1 track ‘not respectful to Bianchi’ 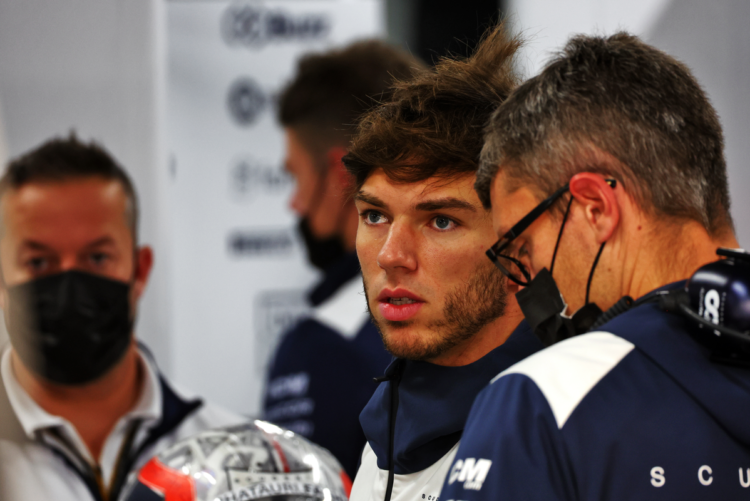 Pierre Gasly has voiced his frustration and anger with how the recovery of Carlos Sainz’s stricken Ferrari was handled on the opening lap of the Japanese Grand Prix.

After Sainz aquaplaned into the barriers on the outside of turn 12, a tractor crane was placed on the racing line of the circuit as cars filtered past under Safety Car conditions.

However, as Gasly collected some debris from the initial incident, he was forced to pit at the end of the lap for a new front wing. This meant he had to catch up to the back of the Safety Car queue and was unaware of the recovery vehicle on track.

Gasly was visibly furious in the AlphaTauri garage during the red flag as he discussed the incident with team personnel. He spoke of the incident after the race, citing the tragic events of the 2014 Japanese Grand Prix as the focal point of his frustrations: “We lost Jules eight years ago in similar conditions, with a crane on track in the gravel.

“I don’t understand how eight years later, in similar conditions, we can see a crane. Not even in the gravel, on the racing line! It is not respectful to Jules, his family, or his loved ones, or all of us. It was a dramatic incident. On that day we learned that we don’t want to see tractors in these conditions.

It isn’t the first time this season we have seen a recovery vehicle on track alongside F1 cars. At the Italian Grand Prix, a tractor crane was used to recover Daniel Ricciardo’s McLaren and was seen reversing up the track as F1 cars filtered past.

“For all of us drivers – I hope this is the last time we see a crane.” Gasly continued. “I tried to slow down, not in an erratic manner, because if I slammed the brake, I would have lost the car and ended up in the crane.

“I was two metres away from passing away today, which isn’t acceptable as a racing driver. For the future, what I want is for all my colleagues to be safe, in F1 and younger categories. Hopefully, we can finally learn from this situation.”