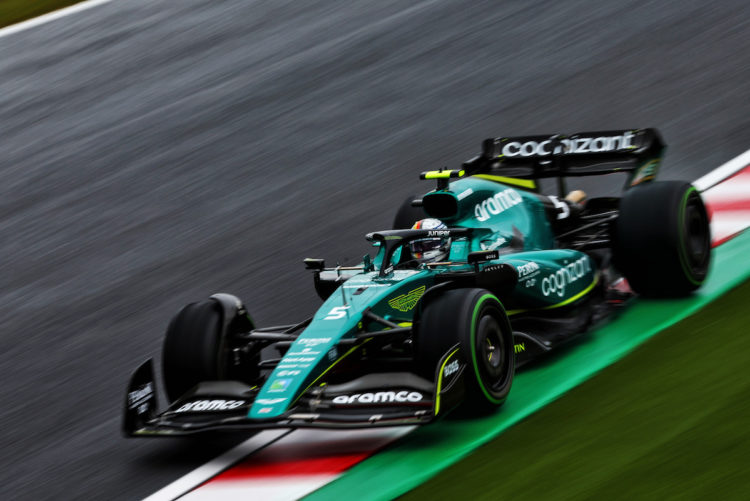 Sebastian Vettel says he wouldn’t turn down an opportunity to race in Formula 1 again in the future if it was at the Suzuka Circuit.

Vettel will walk away from F1 at the end of the season, bringing an end to his highly successful 15-year stint in the series.

Speaking in Japan, Vettel admitted that it feels “different” knowing it will be his last F1 race in Suzuka compared to other locations he has travelled to this year.

However, he has not ruled out a return in the future, if a team requires an emergency replacement for the Japanese Grand Prix weekend.

When asked if he would be open to racing in a Japanese-based series after his F1 departure, Vettel said: “I guess they’re racing in Suzuka as well, so I don’t know. Never say never.

“I mean, it is a great track for many, many reasons. And yeah, who knows what the future brings? I don’t know.

“Obviously I love driving and I think around this track I always felt very alive and the passion feels very alive. So yeah, we will see what type of car maybe in the future will come up.

“Maybe one of the guys, in the future, who races here will feel a bit sick, I don’t know. I don’t wish them to feel so, but I wouldn’t mind jumping back in for a race in Suzuka at any time.

“But yeah, obviously. We’ll see what the future brings. At the moment, I have no plans. But I think there are some exciting races happening in Japan and I don’t know, we’ll see.

“If anybody’s happy to sign up a driver for a single race [I would return]. I’m sure those guys wouldn’t be happy to step aside but it would be something I would seriously consider.”

Vettel is a four-time race winner at Suzuka in F1, and secured his second title in 2011 at the track.