Verstappen: Norris could’ve avoided near miss by being more respectful 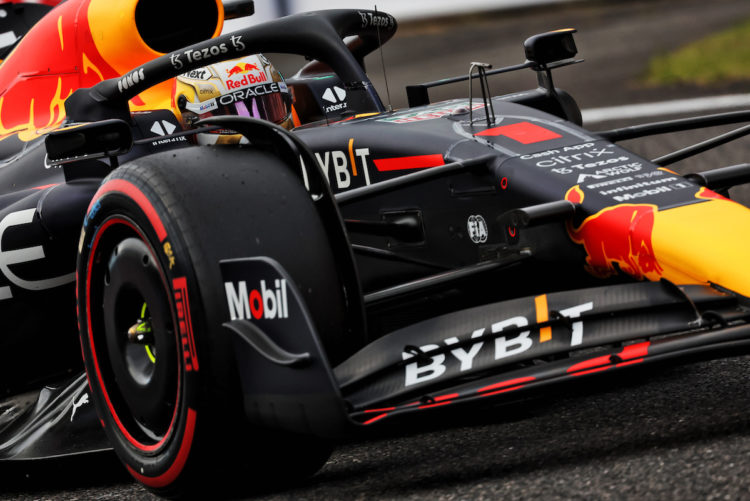 Max Verstappen believes Lando Norris could’ve been more respectful by not passing him prior to starting their hot laps during Q3 at Monza.

Verstappen was running ahead of Norris as they approached the 130R corner shortly after the start of the session, and as he tried to warm his tyres, Verstappen momentarily lost control of his Red Bull car.

Norris, who was passing Verstappen on the inside, took to the grass to avoid a collision.

The stewards investigated the incident, but opted against issuing Verstappen a grid penalty.

The Dutchman believes that as all drivers were on their out laps, there was little need for Norris to overtake in the final sector to gain track position.

“We were all on our out lap,” Verstappen said. “And yeah, we were all lining up to try and create a gap to everyone.

“And somehow he still wanted to get me into the chicane. But I was at the point of accelerating but I was on very cold tyres, so I had like a little moment and that’s why you had to drive around me.

“But you know, if you’re just a bit more respectful than everyone is anyway already lining up.

Norris suggested after the session that Verstappen moved over on him deliberately to block him from passing.

With his pole position still intact, Verstappen is now in a strong position to claim his second World Championship title on Sunday.

“I’m not thinking about it too much,” Verstappen admitted. “Just taking it day-by-day.

“I think what was most important is that we would have a competitive car and clearly we had that today in qualifying.

“I hope of course it’s going to be the same tomorrow in the race – because we do need a perfect race to be able to win it tomorrow. But at least it’s a good start.”