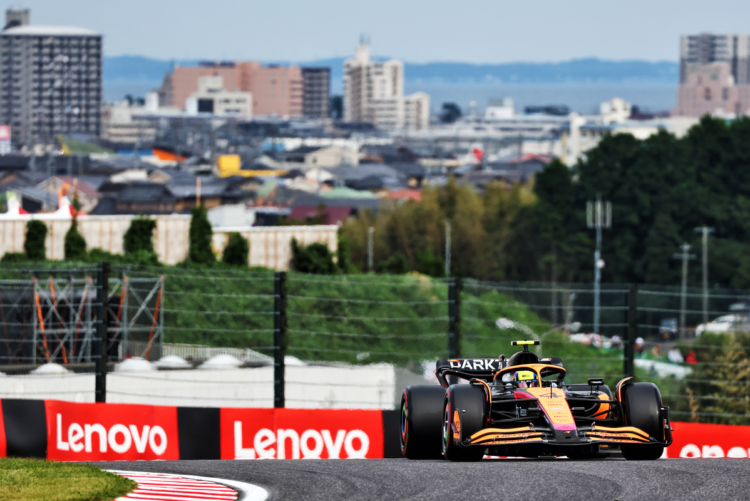 Lando Norris has called for the Stewards to award Max Verstappen a grid penalty following a close call which happened during Q3 of qualifying for the Japanese Grand Prix.

Verstappen was slowly approaching the final chicane when Norris came from around the fast-sweeping 130R corner in hopes of overtaking the Dutchman to start his flying lap.

Upon seeing the Brit driver attempting the overtake, it appeared as if the Dutchman moved over to block him which sent Norris across the grass.

When asked by Sky Sports F1 if Verstappen did purposely block him, Norris replied: “It was quite clear he tried to do that, yeah. There’s no rule on what you can do, but doing what he did is something that you cannot do.

“He probably would have done the same if he was in my situation, but I wouldn’t have swerved at him if I was in his situation.”

The incident was quickly flagged by the stewards as something that will be investigated after the conclusion of the session which saw Verstappen take his fifth pole position of the 2022 season.

The pole position was the perfect result for the Red Bull man on a weekend where he could wrap up his second world championship depending on the outcome of Sunday’s grand prix.

Norris was later asked if he is expecting a grid penalty for Verstappen, to which he responded: “Oh yeah, for sure”.