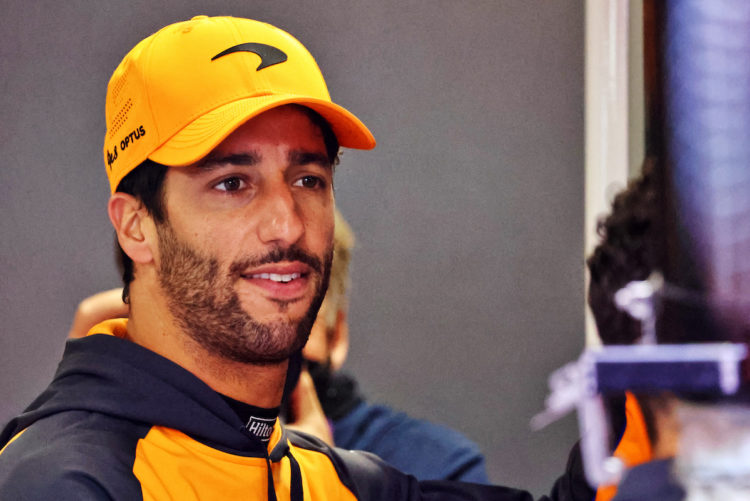 Ricciardo will depart McLaren at the end of the current campaign, bringing his deal with the Woking-based squad to an end one year early following a run of underwhelming performances.

The Australian asserts that he is keeping all options open for next year, accepting that he may not be on the grid full-time while looking to return in 2024.

A recent report suggested that Ricciardo was in advanced talks with Mercedes regarding a reserve role for the 2023 campaign.

However, speaking to Sky F1, Button says that Ricciardo runs the risk of ending his F1 career if he accepts a third driver position for 2023.

“Being a third driver for someone of his calibre, it’s a very, very strange situation he’s found himself in,” said Button

“I don’t know what he would get out of being a third driver. He’s not a young driver, so he can’t drive the car next year in race weekends (free practice), it has to be a young driver.

“So he wouldn’t really get anything out of it.”

Button believes that Ricciardo is banking on Lewis Hamilton retiring from F1 at the end of 2023, when his contract with Mercedes expires.

However, Toto Wolff recently revealed that Hamilton suggested he could carry on with Mercedes in F1 for another five years.

“I guess he’ll probably think ‘well, Lewis might retire and then I’ll jump in his seat’, but Lewis says he’s going to be around for five years,” Button said. “So he would be waiting a long time.

“It needs to be the team where he thinks he can get a seat for 2024, otherwise it’s game over because you get forgotten after a year in F1.”

There is currently a vacant seat at Haas in 2022, as Mick Schumacher is widely rumoured to be exiting the team at the end of the season.

But should he not acquire a seat in F1 for 2023, Button has proposed that Ricciardo could look into taking up a position in a sportscar programme.

“Le Mans will be next year, with all the different manufacturers, proper exciting,” said Button.

“You get in the door with a manufacturer as well, it could be a great future for him.