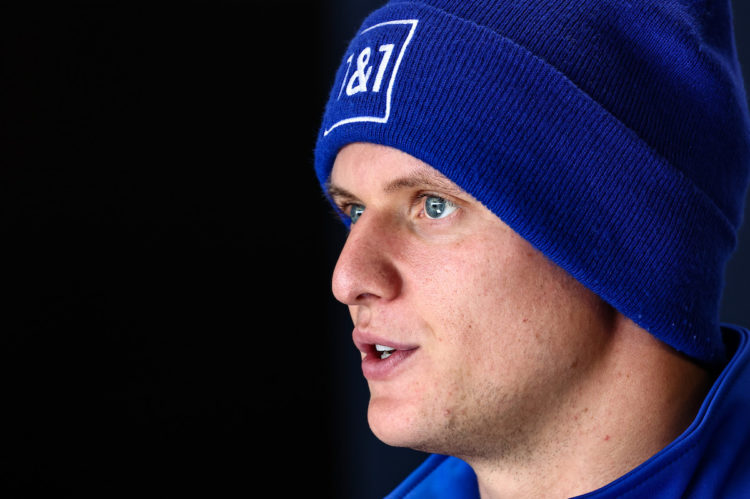 Mick Schumacher has suggested that his future in Formula 1 beyond the 2022 season won’t depend purely on his on-track results this year.

The German driver’s future in the series is currently up in the air, amid reports that Haas may not retain him for a third season.

Schumacher endured a difficult start to the 2022 campaign, and was involved in sizeable collisions in Saudi Arabia and Monaco.

However, his performances of late have been more notable against team-mate Kevin Magnussen.

Schumacher scored his best career result in Austria, where he crossed the line in sixth place – which remains his last top 10 finish of the year.

The 23-year-old believes his on-track results won’t be the deciding factor as he looks towards securing his future.

“I think if I go back I think there’s no reason to think about what happened in the beginning, or last few races,” Schumacher said.

“It’s purely about looking ahead, we’ve learned what we can. The stats mean very little unless we’re fighting for victories.

“For now it’s about putting us in a position where I do the best I can and perform but also we as a team always try and make the best out of what we have.

“The car the last couple of races had points in us but wasn’t rewarded, it doesn’t mean it drags us down, it motivates us more for the next few races to push that.

“On next year, the team knows what I can do and I’m sure they’re basing it on that fact and not what is written in headlines.”

Schumacher had his race unravelled in Singapore last time out following contact with Mercedes’ George Russell, believing a result as high as fifth was on the cards.

The 2020 Formula 2 Champion revealed that he had a breakthrough with the car and its set up around the Canadian Grand Prix weekend, which boosted his performance.

“They make sense to us, but I can’t talk about it, but you have to take my word for it. What we changed was great and changed the whole way of how we perceived racing and how easy it made it.

“For us, if we knew that at the beginning of the year, I’m sure we could have been even further ahead, and there was even more in it.”