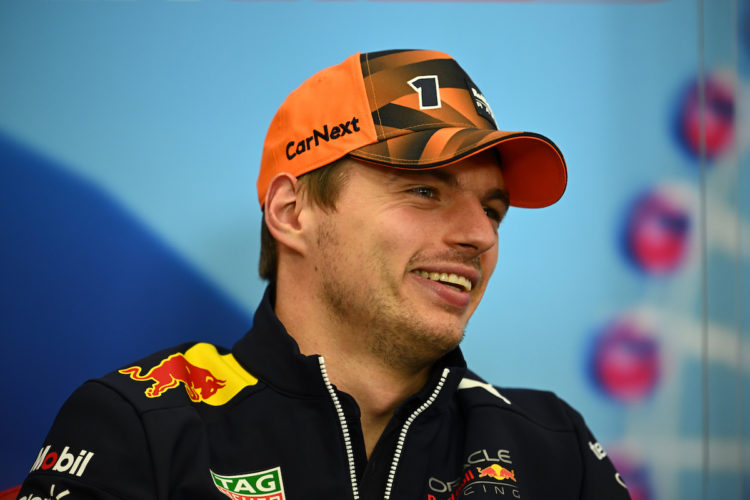 Max Verstappen says that winning his second Formula 1 Drivers’ title in Japan this weekend would be “extra special” due to Red Bull’s links with Honda.

Verstappen is on the verge of securing another F1 World Championship, after enduring a difficult weekend last time out in Singapore.

He now has the chance to wrap up the title at the Suzuka Circuit as the sport ventures to the Japanese track for the first time since 2019.

Honda, who is the title partner of the Japanese race event, supplied power units to Red Bull for three years before departing the sport at the end of the 2021 campaign.

However, Honda has continued to provide technical assistance to Red Bull, who formed a brand new ‘Red Bull Powertrains’ division.

Honda’s logos are back on the Red Bull car this weekend, and Verstappen is hopeful that he can wrap up the title on the Japanese manufacturer’s home turf.

“It would make it a little bit extra special [to win the title in Japan], because of our relationship with Honda,” Verstappen said.

“It was a shame that we couldn’t be here last year, in the title fight. So that’s why we are really looking forward to being back here.

“We’ll see what happens. We need a perfect weekend, that’s for sure. It would be very nice if it happens, but if it doesn’t happen here I will be even more in favour at the next weekend.

“It doesn’t really change anything, you just want to have a good weekend and maximise everything you can.

“Of course I need a perfect weekend to be able to clinch the title here. But to be honest, I’m not really thinking about it too much.”

Honda’s F1 involvement, despite its official departure, has led to speculation that it may look to return in 2026 when new power unit regulations come into play.

Verstappen has welcomed the possibility of it re-entering the sport in the future.

“It makes it extra special that they are back on the car, just before their home grand prix,” Verstappen said.

“We’ve been working really well together, it’s been really enjoyable. In terms of working relationship compared to last year, not a lot has changed anyway.

“Just very happy that the name is back, more prominent. bout the future, it’s too early to talk about that right now.

“I think in general the Honda name for F1 is great and it would be very nice to see them come back again.”