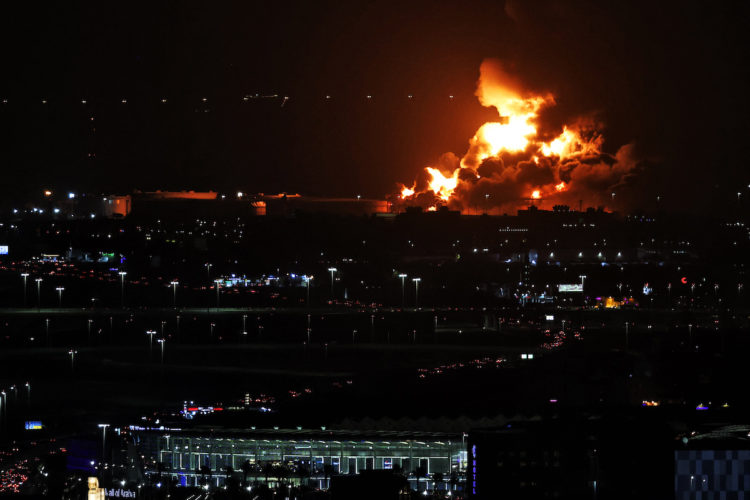 Saudi Arabia’s minister of sports Prince Abdulaziz Bin Turki Al-Faisal states that he is working with Formula 1 to assert the safety of next year’s grand prix in the Middle-Eastern country.

This year, the race was almost boycotted by the drivers after a missile attack took place roughly 10 kilometres from the Jeddah Corniche Circuit.

Drivers held a lengthy meeting with team bosses and F1, before it was decided that the event would proceed after the sport received assurances from the race organisers.

Prince Abdulaziz says that he is sure the event is safe, but says that he needs to showcase to F1 the measures in place that make the grand prix secure.

“We are working with F1 to make sure that any concerns that any of the drivers, teams or individuals, even the fans, that we make sure that we fulfil these concerns,” he said, as quoted by ESPN.

“We know that it’s safe, but we need to explain what measures have been done. More than 4000 troops were deployed during that event [this year] just to make sure.

“When these things happen you are afraid people that want to aggravate on this will pick up on it, so we just made sure no-one affects the safety of the event and the city. For us safety and security is even bigger than Formula 1, it’s about a nation, so that’s our number one priority.

“Any requests and any concerns that they have, they hear from us, the officials, directly on these issues. I hope it continues as a ceasefire and nothing happens at the next event.”

F1 has been criticised by many fans for signing a deal with Saudi Arabia, amid its lacklustre track record regarding human rights.

The missile incident accelerated concerns, but Prince Abdulaziz says he is confident of the security of travelling parties amid tension in the area.

“This wasn’t the first time that it happens in Saudi. It happened during that weekend but almost every month we used to have it,” he said.

“My experience and our experience within this that we haven’t had any casualties so far, luckily. So that shows you that the level of security is high.

“Mostly the areas that are not, I know that it happened close, but it wasn’t the airport, it’s kind of further away from where there is population or activities that are happening.

“You can’t cover the whole kingdom and say no, nothing is going to happen. But you secure the most important areas which are populated and there’s more people and that’s what we have already.

“So the city is secure, the location is secure. But I think we learn as well from other experiences. So we share the information with the person who is responsible for security in F1.”