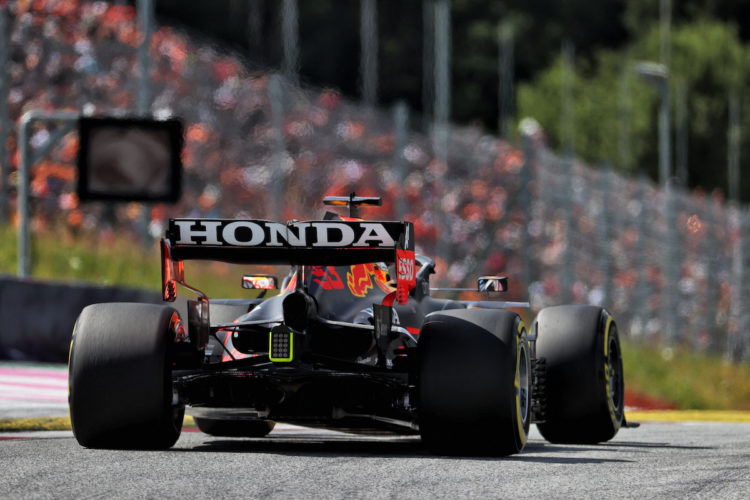 Red Bull and AlphaTauri have confirmed that the Honda logo will return to their cars this weekend in Japan, and will be present for the remainder of the 2022 season.

Honda supplied power units to the Red Bull teams for a number of years before dropping out of F1 at the end of the 2021 campaign.

The Japanese manufacturer insisted that it was focusing on the electrification of its product amid an automotive shift away from internal combustion engines.

However, the Honda Racing Corporation (HRC) provided assistance to the new Red Bull Powertrains unit, a relationship that will continue until at least the end of the 2025 season.

In a further boost to the ongoing partnership, the HRC logos will be present once again on the RB18 and AT03 F1 cars

“Honda has invested significantly in hybrid technology over the course of our partnership,” said Red Bull team boss Christian Horner.

“This has ensured the supply of competitive power units to both teams, for which we are very grateful.

“Our combined goal is to continue to deliver dominant engines and achieve the most success possible in the following three years. To mark this, we look forward to welcoming the Honda logo back on to the car from Suzuka onwards.”

In addition, Sergio Perez, who won the Singapore Grand Prix last Sunday will take on an ambassador role for the driving academy of Honda Racing School (HRS).

Honda has been linked with a return to F1 in 2026, when new power unit regulations will come into play.

The engines are set to heavily increase their electrification output, which may be attractive to Honda’s sustainability goals.

Koji Watanabe, President of Honda Racing Corporation, added: “The HRC logo on the nose and Honda logo on the side of the cars of both teams represent the strong ties between Honda and Red Bull Group.

“Through the technical support provided by HRC, Honda will fully support the challenges those machines take on to become the ‘fastest in the world.’

“We are very pleased that these machines will be unveiled at the F1 Japanese Grand Prix, where Honda serves as the title sponsor.”