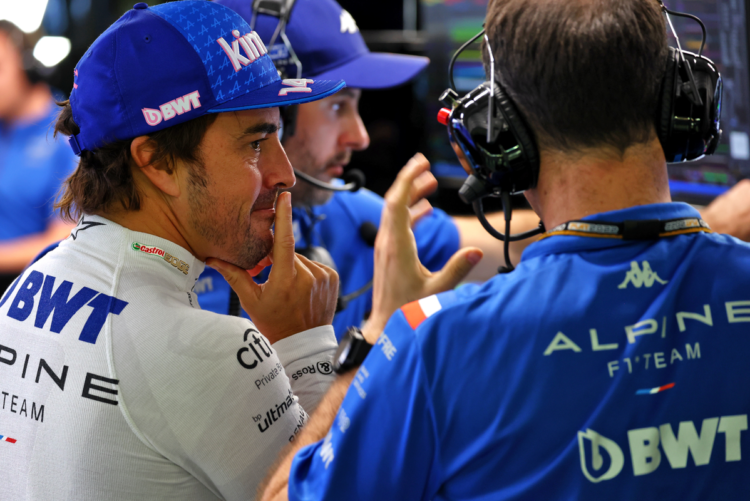 Fernando Alonso has expressed his disappointment in the poor reliability of his Alpine A522 throughout the 2022 season following his retirement from the Singapore Grand Prix.

The Spaniard’s retirement marks the fourth time this season that his race had ended prematurely. Team-mate Esteban Ocon suffered a similar engine issue which also forced him to end his grand prix early.

To rub salt in the wounds, their main rivals in the Constructors’ Championship, McLaren, ended the grand prix in fourth and fifth. The haul of points for the British team saw them jump Alpine in the standings for fourth place.

Alonso believes that if you tally up the points he has dropped due to the unforced errors, he could be challenging Mercedes: “I think it was around minus 50 [points], so now we have another eight.

“So it’s minus 58 points or minus 60 in a year… which is really unacceptable on my car. If you put me 60 points more in the standings, my championship will look much better and close even to Mercedes.”

With five races left to run in 2022, we have already reached a point in the season where we see teams opting to take grid penalties as collateral for using a new power unit.

Due to both of the A522’s problems down to an engine failure, Alonso is aware that there may be even more points lost down the road due to having a new unit fitted.

“This weekend hasn’t been a good one for us for reliability because we had a DNF with both cars, but I think with new regulations, we needed to push and we needed to make the car work.

“I think the engine mileage, it was okay. “Even I think Esteban had a problem and has a newer engine. So I don’t think that this is down to that.

“But I will have to put a new engine in the next few races for sure. We’ll see when. So yeah, [that’s] more points that we will lose.”