The weekend in Singapore opened with the controversy over the budget cap and the alleged overshoot of the budget ceiling by Red Bull and Aston Martin. The protagonist team at a technical level in Singapore was certainly McLaren 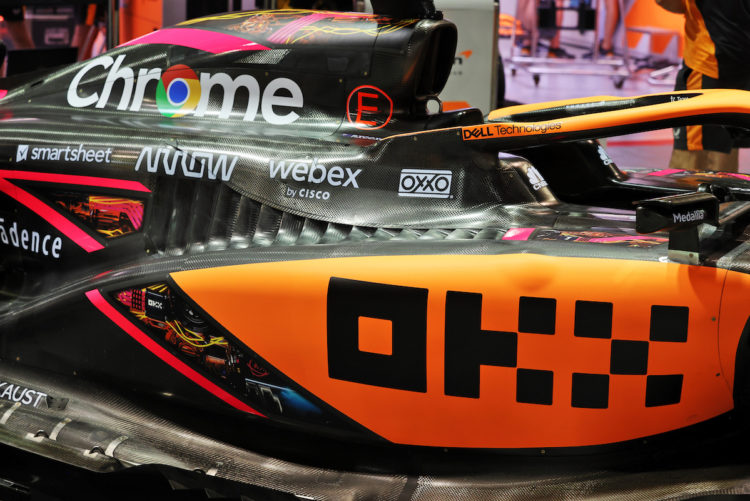 The weekend in Singapore opened with controversy over the budget cap and the alleged overspend by Red Bull and Aston Martin. Although there is still no open communication from the FIA on the matter, rival teams Mercedes and Ferrari have accused Red Bull of overspending for the 2021 season.

The financial regulations provide for sanctions in relation to whether the cap has been broken with a minor infraction considered less than $5 million and major if a team goes over that. Red Bull however have been accused of going over that $5m ceiling, and the sanctions could include not only a fine or a freeze on development, but also a possible deduction of points and even disqualification.

The financial statements will be published shortly and for now there is no official FIA action.

No lightweight chassis in Singapore

Rumours of a new lightweight Red Bull chassis have been swirling for many months. But there is no trace of that frame that should have made its debut this weekend. Could it be a question related to the budget? Perhaps with the titles almost in the bag, the team will delay its introduction to 2023 to try and appease those claiming the team broke the budget cap.

One thing is certain, that Red Bull carried out a crash test before Budapest to have a new chassis homologated in England. Regarding the financial question, for now there are no elements to be able to deepen the matter. Undoubtedly, the Milton Keynes team has worked hard this season to lighten the RB18, born with an excess of weight. This spends a lot of resources on the development and production of components. In Marina Bay there is no relevant news for Red Bull, with a championship almost won for Verstappen. However, in the technical document listing the updates there is a new floor, revised in the side edge area.

Big updates for McLaren in push for fourth place

The protagonist team at a technical level in Singapore was certainly McLaren, which in addition to presenting a special livery, made very big aerodynamic changes to the MCL36.

Singapore has historically been a track where you can see the most important technical innovations that will accompany the teams towards the end of the season. On the Marina Bay track there have been no major updates regarding the top teams, Red Bull, Ferrari and Mercedes, while in the midfield there is a lot to analyse.

The main fight of this midfield group is undoubtedly that between Alpine and McLaren. The French team occupies fourth position in the standings with 125 points, while the Woking team is just behind with 107. The fight for fourth place has been ongoing since the beginning of the season and in a decisive phase of the championship every technical update can make a big difference.

The MCL36 is certainly not one of the best cars designed by the British team. The nightmare start in Bahrain was then offset by a recovery in performance as the engineers thoroughly understood the setup window of these ground-effect cars. McLaren aerodynamics worked hard over the course of the 2022 season, greatly changing the aerodynamic concept with which the MCL36 started at the beginning of the year. The package brought to Singapore is huge, and includes the whole floor, both in the venturi entrances and side edge.

From this point of view McLaren worked a lot on their initial concept, and we could define it as a direct development, and not a revolution. The area that McLaren has revolutionised – and it’s not the first time this season – is their sidepods. The MCL36 started with an initial concept that we could say is very similar to 2021, with short sides, sloping downwards, as required by the aerodynamics of the 2021 cars.

This concept, whilst more extreme on the Williams and Mercedes, with the 2022 cars seems not to offer many benefits. Many teams, including McLaren itself, have decided to abandon the short sides to move more towards the Red Bull and Ferrari concepts. In both Spain and France, the car designed by James Key has seen radical changes in the shape of the sidepods, to direct the flows more towards the rear of the car.

The path that McLaren follows on the sidepods is to go towards the shape of the Red Bull RB18. The Singapore news also included a total overhaul of the sidepods air cooling duct, with a new design clearly inspired by Red Bull. The update package, which also includes a modified diffuser, but only for Lando Norris, who has now become the reference driver of the papaya-coloured team. Ricciardo will have the updates in a week at Suzuka if the feedback from Singapore is positive.

Alpine for its part has also brought a small development to the floor in the edge area, slightly changing the shape in favour of downforce and reduction of porpoising. The Enstone team often concentrated on this area of ​​the car over the course of the season. The French car is among those that had to sacrifice the floor surface the most to remove the trigger point of porpoising. In the mid-season version there were two large cuts in the central area that threw out a portion of the flow channeled by the floor fences.

The upgrades to the Singapore floor are not flashy, but according to the engineers of the Anglo-French team they represent an important step. Specifically, the outer edge would have been revised to complete the update seen at Spa in the entrance to the Venturi canals.

AlphaTauri with a new front wing

Another team that stood out in Singapore for introducing updates is AlphaTauri. The team from Faenza has had a not too exciting season thus far, with an AT03 that is also not free from reliability problems. The amount of updates to the AT03 hasn’t been huge over the course of the season, but a major update to the front wing has been brought to Singapore. The new wing changes a lot of flap design, and seems to be inspired more by a Ferrari-Haas layout. But the most important change concerns the main plane, which in the new specification no longer leaves the central space in indy-car style to bring air to the central and lower area of ​​the car.

However, the new nose did not have to pass any crash test, as only the external aerodynamic casing was changed. The internal crash structure is identical to the old specification, also in terms of cost. The endplate in the internal area has also been partially revised, which seeks to increase the out-wash effect. The new specification was initially tested only by Gasly, but was then promoted to qualify on Tsunoda as well.