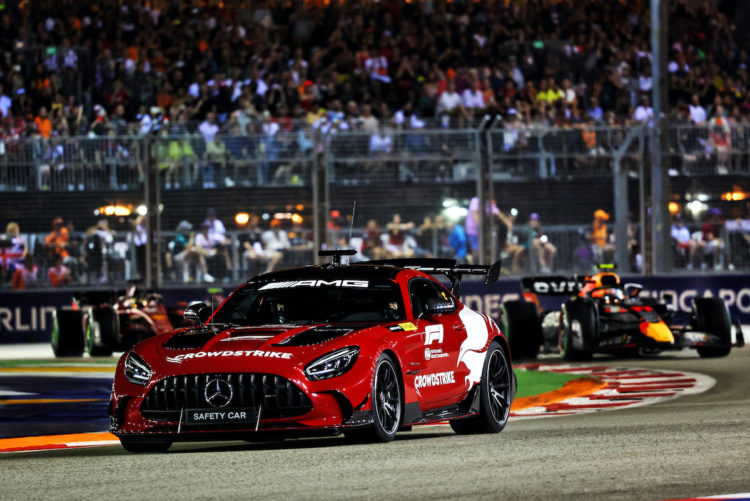 Red Bull team boss Christian Horner has expressed confidence that Sergio Perez will avoid a penalty in Singapore amid a post-race investigation.

However, Perez was summoned to the stewards following his win at the Marina Bay Circuit for an alleged breach of the regulations during one of the Safety Car periods.

The stewards have accused the Red Bull driver of not keeping within 10 car lengths of the Safety Car, which is required by the regulations.

Onboard cameras showed that Perez dropped back in order to go faster and build up heat in his slick tyres, on a track that was gradually becoming drier.

Horner says he is confident that Perez will keep his win and not be demoted down the order following the stewards’ deliberations.

“I think we can probably pull up over the last 10 years a whole bunch of precedents for this stuff; formation laps, Safety Car laps, drivers behind further down the queue,” he told Sky F1.

“There’s so many precedents for this. For us, really, it’s a non-issue. They asked us to close up, we closed up immediately.

“The Safety Car was going super slow to try and bunch the field and you could see how much sparking there was at the restart from the cars.

“On a damp track with slick tyres, he was saying ‘come on, you picked me up and everyone else is going flat-out’, so he needed a bit of temperature in the tyres.”

Should Perez be issued a time penalty that exceeds five seconds, he will lose his win to Ferrari’s Charles Leclerc, who crossed the line in second place.

“We believe that infringement,” said Ferrari team boss Mattia Binotto. “The last time it happened I think it was [Antonio] Giovinazzi in 2020, I think it was a five-second penalty.

“But it’s difficult to judge. We’ll leave it to the stewards but hopefully it can change the final result.”