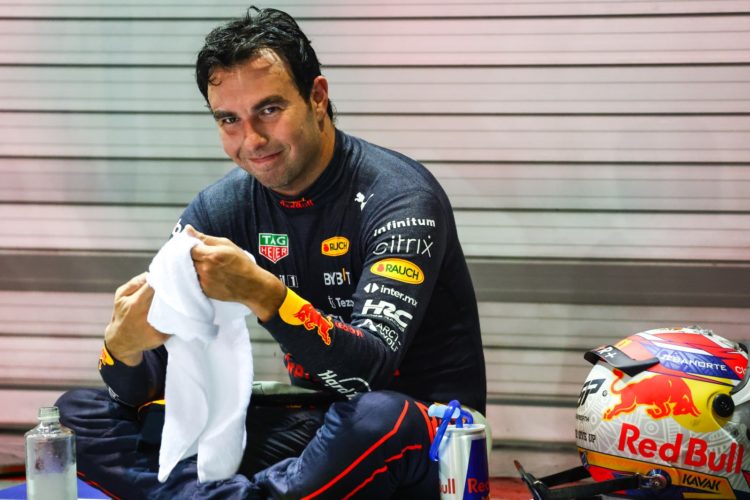 Sergio Perez has been confirmed as the winner of Formula 1’s Singapore Grand Prix despite being penalised for two Safety Car infractions.

Perez controlled proceedings throughout a delayed and truncated wet/dry race at Marina Bay to pick up the fourth victory of his career.

A potential infringement was noted by stewards during the race and it was announced that it would be formally investigated after the race.

Perez was duly summoned for an alleged breach of the regulation concerning keeping within 10 car lengths of the Safety Car.

Perez was judged to have twice breached the regulations and was awarded a reprimand for one offence and a five-second time penalty for the second offence.

Regarding the first offence stewards outlined that Perez failed to keep within 10 car lengths between Turn 13 and Turn 14.

Perez pointed to the wet conditions and outlined that it was difficult to follow the Safety Car with little heat in his tyres and brakes.

Stewards outlined that it “did not accept that conditions were such as to make it impossible or dangerous for Perez to have maintained the required less than 10-car length gap.

A reprimand was issued as the wet conditions were seen as mitigating circumstances.

On lap 36, during the second safety car period, Perez was judged to have not respected the rule between Turns 9 and 10, and between Turns 13 and 14.

It was outlined that Perez received a warning for the Turn 9-10 incident and was then given a five-second time penalty for the Turn 13-14 offence, due to it being a second breach.

As Perez finished 7.5s clear of Charles Leclerc it does not affect the race order.