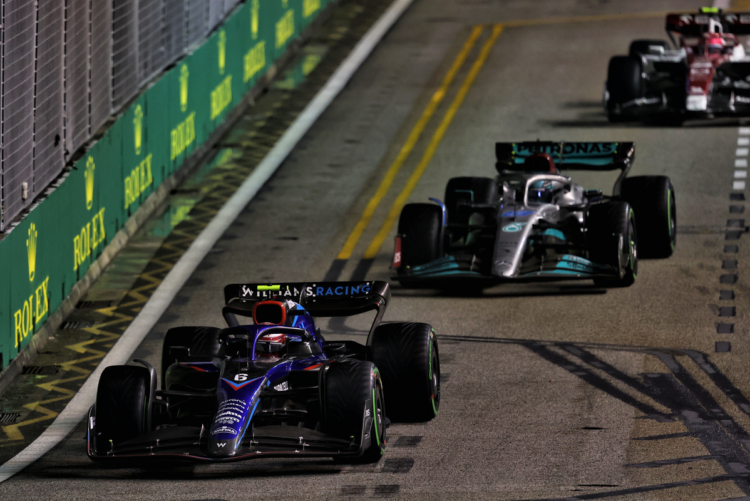 Nicholas Latifi has been given a five-place grid penalty for his involvement in an incident with Zhou Guanyu in the Singapore Grand Prix.

The incident happened on the seventh lap of the race, with Latifi squeezing Zhou on the outside of turn 5 which resulted in both drivers retiring from the race.

The Stewards wrote in an FIA document: “The Stewards reviewed the video evidence and determined that LAT was predominantly to blame for the collision.

“ZHO was attempting to overtake LAT on a straight approaching turn 5 and had sufficient room, taking the normal racing line.

“LAT pulled to the left, not leaving one car width to ZHO and resulting in significant contact between the cars.”

Latifi was also given two penalty points to bring his total for the last 12 months to three.

The grid penalty will be served at the Japanese Grand Prix which takes place next week.