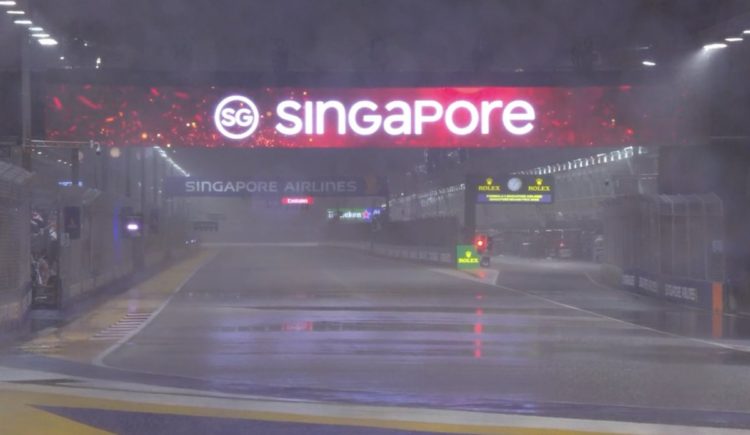 Formula 1 has announced that the start of the Singapore Grand Prix will be delayed following a downpour at the Marina Bay Circuit.

Just an hour before the cars were set to take the starting lights, a heavy shower of rain hit the track, leaving it heavily saturated.

It forced F1 to announce the start had been delayed due to the conditions.

Following a delay of an hour, it was announced that the race would get underway at 21:05 local time, just over one hour after the original start time slot.

Wet conditions greeted the circuit on Saturday, with FP3 and most of qualifying operating with wet weather tyres.

However, the current situation is much more torrential than Saturday’s weather.

Rain was present at the 2017 Singapore Grand Prix, which saw the infamous crash between Sebastian Vettel, Kimi Raikkonen and Max Verstappen on the opening lap of the race.