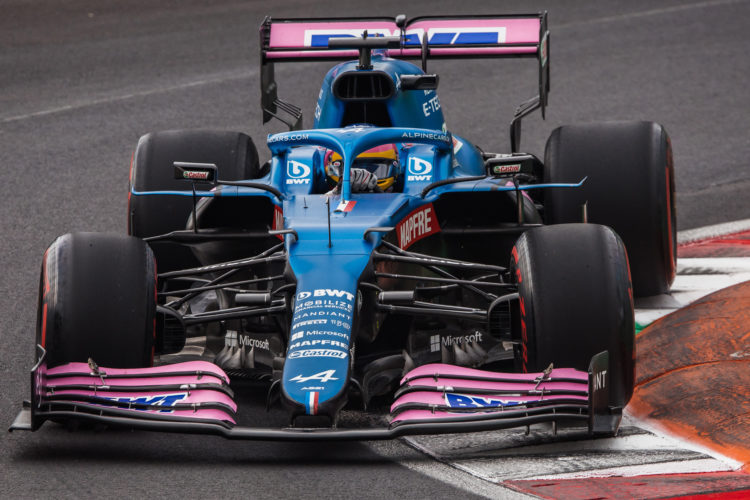 Jacques Villeneuve described the opportunity to test Alpine’s 2021-spec Formula 1 car as “incredible” as he marked 25 years since his title triumph.

Alpine offered Villeneuve an outing at Italian Grand Prix venue Monza in mid-September and the Canadian completed 18 laps as part of a filming feature with French broadcaster Canal+.

Villeneuve spent 10 years in Formula 1, competing for Williams, BAR, Sauber/BMW, and also had a brief three-event spell with the Alpine squad under its Renault guise.

Villeneuve was also powered by Renault during his title-winning campaign in 1997.

“Testing the 2021 Alpine F1 car at Monza was an incredible experience,” he said.

“The last F1 car I drove was in 2006 and the cornering speed of the modern cars is unbelievable. It was fun to work with engineers and team, taking it seriously – it brought back many memories.

“I drove three races for the team in 2004 and even saw some familiar faces. It’s not every day you can drive an F1 car in your 50s and the time spent in the garage and driving around Monza was total bliss.

“The professional approach Alpine had made during that test was amazing and a memory now forever inked.”