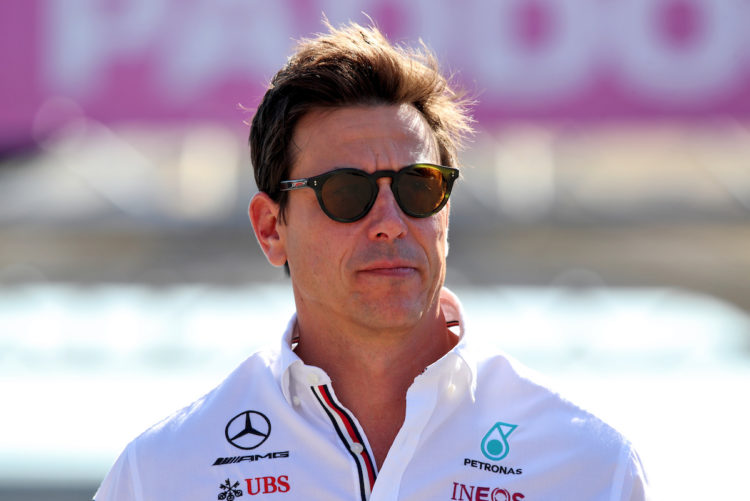 Mercedes team boss Toto Wolff it would be a “heavyweight” matter if a team was found to have breached Formula 1’s budget cap.

On Friday, reports stated that Red Bull, as well as Aston Martin, were being investigated for a breach of the financial regulations.

Red Bull denies that it has exceeded the limit, with Team Principal Christian Horner stating on Friday that he was happy that its accounts were below the quota.

“It’s funny that Christian says that, because it’s weeks and months that they are being investigated,” Wolff told Sky F1. “Maybe he doesn’t speak to his Chief Financial Officer.

“All of us have been investigated diligently and as far as we understand, there’s a team in [a] minor breach which is more procedural and another team that is fundamentally massively over. That is being looked after, that’s an open secret in the paddock.”

The FIA’s regulations state that punishment for cost caps can range from a fine to expulsion from the championship.

Wolff has warned that any breaches from last year will bring advantages to the team in question, but has backed the FIA to issue penalties as justified.

“I think there’s a governance in place that is very solid that the FIA has set up,” Wolff said.

“You’re going to be issued a certificate of compliance and then if you’re not compliant, then it goes to the Cost Cap Adjudication Panel with independent judges, and they can then choose from these penalties the appropriate one.

“If it’s true they’ve homologated a lightweight chassis this year, they may use it next year. It’s a real cascade of events that can be influential in all the championships.”

Some teams, like Mercedes, were forced to drastically reduce their budgets for the year following the introduction of the cap.

Wolff says that Mercedes took dramatic measures to ensure that its expenses complied with the regulations.

“We’ve made more than 40 people redundant that are dearly missed in our organisation. It was a huge mammoth project to make the cap.

“I don’t know how many tens of millions we had to restructure and reprocess to be below the cap. If someone has not been doing that, or pushing the boundaries, every million is a massive disadvantage.”