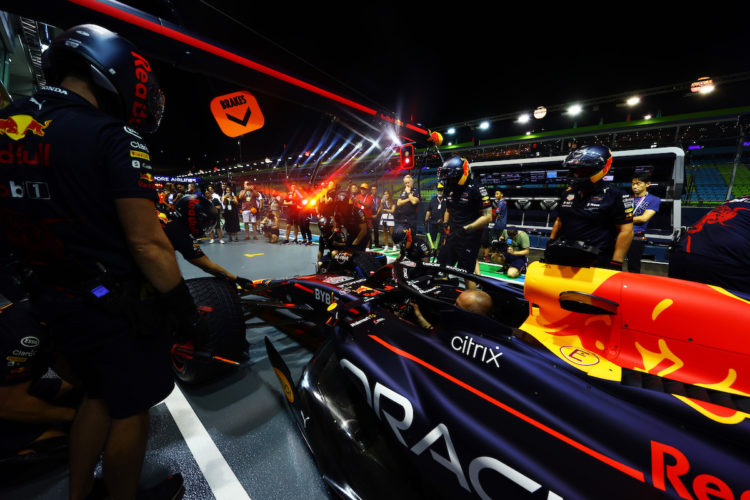 The FIA released a statement on Friday evening responding to allegations made regarding budget cap breaches in Formula 1.

The sport operated under a budget cap for the first time last year, as F1 looked to downsize the spending differentials between teams.

The FIA has refused to formally comment on whether or not one or more teams have breached the financial regulations, but issued a statement in response to the situation.

“The FIA is currently finalising the assessment of the 2021 financial data submitted by all Formula 1 teams,” the FIA said. “Alleged breaches of the Financial Regulations, if any, will be dealt with according to the formal process set out in the regulations.

“The FIA notes significant and unsubstantiated speculation and conjecture in relation to this matter, and reiterates that the assessment is ongoing and due process will be followed without consideration to any external discussion.”

F1 teams submitted their accounts to the FIA in March earlier this year, with certificates of compliance set to be issued next week.

Red Bull team boss Christian Horner has asserted that he is confident that Red Bull has operated within the budget cap, stating its submission to the FIA six months ago was under the limit.

But Mercedes’ Toto Wolff, as well as Ferrari’s Laurent Meikes, stated it is an open secret in the paddock that two teams breached last year’s regulations.

It is believed that one team has done so marginally, while another has done so to a larger extent.

The punishments that could be handed to a team found guilty of breaching the budget cap range from fines to expulsion from the World Championship.