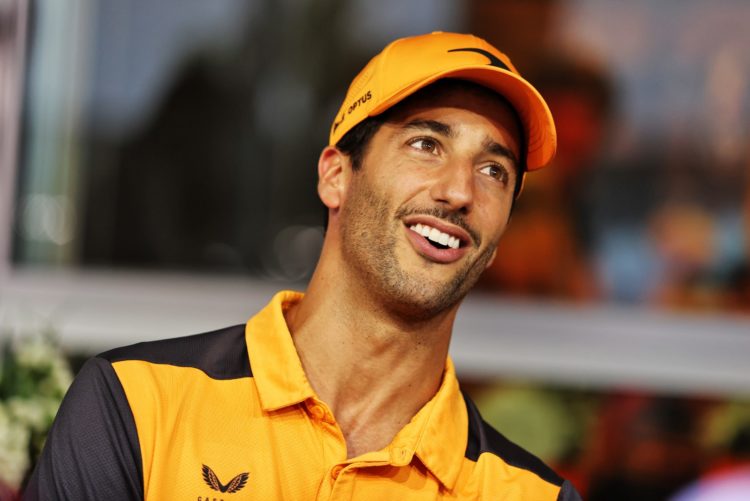 Daniel Ricciardo says his primary ambition remains securing a 2023 Formula 1 race seat but has outlined a willingness to take a long-term view.

Ricciardo will leave McLaren at the end of 2022, one year earlier than contracted, after the squad opted to recruit rookie Oscar Piastri.

Ricciardo’s options for 2023 are ostensibly dwindling with Alpine not understood to be interested in re-hiring the Australian, leaving very few vacancies, most notably at Williams and Haas.

Speaking ahead of the Singapore Grand Prix, Ricciardo said that “I’m still keen to be part of F1” and that “of course Plan A would be on the grid – but as I said, I don’t want to just jump at the first seat available.

“My team is talking to pretty much everyone and they are having conversations. So we are just trying to put it all together and figure out what makes the most sense.

“We are just doing our due diligence and figuring out what’s best. Trying to see beyond next year, because for me I want be racing but also don’t want to be just looking at the next 12 months and not the next 24.”

Ricciardo agreed that either a drive at a lower team, or a reserve role with a top team, were “two realistic options” and has been encouraged by discussions with prospective suitors.

“The conversations are private, but I would say there is still a lot of positivity out there and compliments,” he said.

“I think a lot of people have been in this sport and seen how it works and there is a saying that you are only as good as your last race, but a lot of them appreciate that I haven’t forgotten how to do this.

“I’ve had some nice words put towards me, which also fills me with confidence to keep at it.”