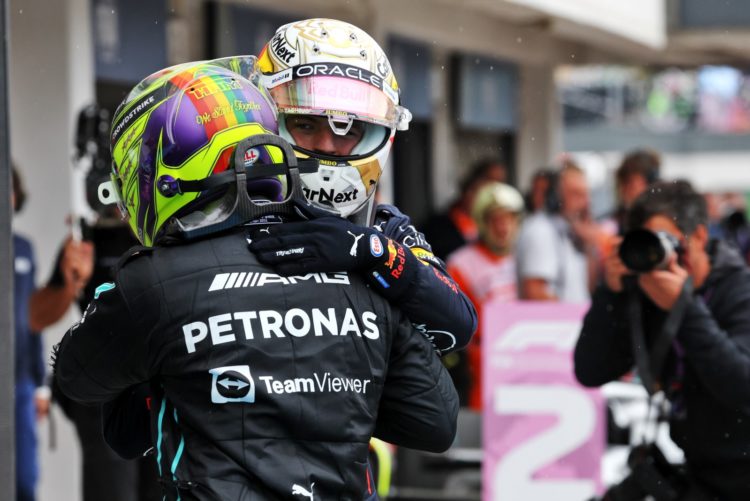 Lewis Hamilton says he has sympathy for Formula 1 fans amid Max Verstappen’s dominance of the 2022 campaign.

Last year’s title fight was decided only on the last lap of the last race but Verstappen is poised to clinch his second crown either this or next weekend.

The reigning champion has already won 11 grands prix this year and has won the last five events on the bounce.

“I definitely feel for the fans because for everyone and even for us, last year, going right down to the wire, that was intense for everybody,” said Hamilton.

“So it’s never great when the season finishes early, even when I experienced having it finish early at places like Mexico.

“For you as the one individual, it’s great but for the actual sport it’s not spectacular.

“I’m really grateful to have had 2008 right down to the last 17 seconds, and obviously last year, pretty much the same thing. Let’s hope for the future, it’s a bit better.”

Verstappen is poised to join Fernando Alonso as a two-time champion and the outgoing Alpine racer heaped praise on the Dutchman.

“It’s very well deserved,” said Alonso. “They were the best team and the best driver by far, so when they win it I don’t think is an important thing, it’s just that they will.”

On his side Verstappen explained that “I don’t really think about [the title opportunity].

“It’s quite a long shot. And I just want to enjoy the weekend.”