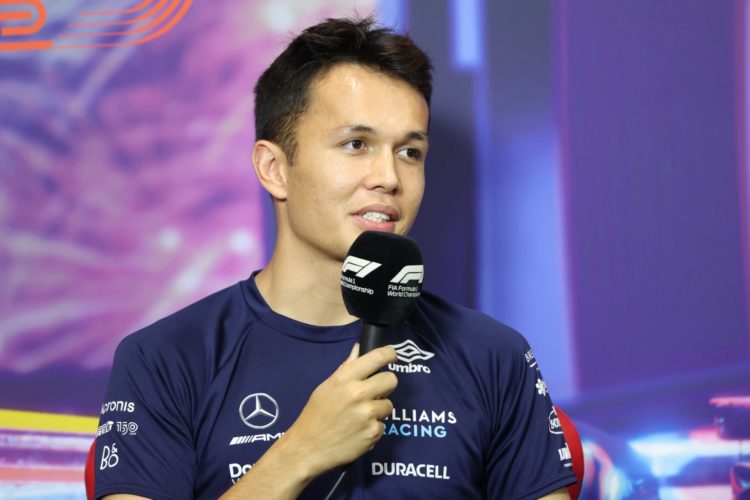 Alexander Albon says he initially doubted his participation at this weekend’s Singapore Grand Prix, following surgery and its complications in Italy.

Albon suffered appendicitis in Italy, withdrawing from the race weekend prior to Saturday’s action, and spent a phase in ICU after enduring post-surgery respiratory failure.

Albon quipped that he “was quite drugged up so don’t remember much of it” and spent only around 12 hours in induced sedation, which was less than the 2-3 days initially anticipated.

The Anglo-Thai will partake in Friday’s practice sessions with a view to completing the race weekend.

“It was more bed recovery to begin with,” said Albon. “It’s quite a tricky one because you’re waiting for your lungs to recover and at the same time your body can’t move as well as it normally can. You can’t just jump back into normal training, you have to slowly build into it.

“It was Monday last week when we really started to push it and see what we can do. Treated it like a 9-5 job, training and recovery. Recovery is important. Basically just throwing everything and day by day it was getting better and better.

“We got to a point where the recovery was going really well and I don’t think we truthfully had in mind Singapore on the cards, but just with the speed of the recovery it was a possible thing.

“We sat long and hard to think about it. I feel like I am ready. We’ll have to wait until tomorrow to see where it’s at because driving around here is a bit of a different beast.”

Albon outlined that the longer stints during practice will determine his race readiness.

“The short runs, it’s quite a comfortable thing to drive these cars,” he said. “But by FP2 especially you do have a really good idea of how it is going to feel on your body for the race. I’m not planning to not race.

“Truthfully, I feel pretty confident in my body but nothing quite compares it to the toll of driving these cars. That’s really it. As a driver you’ll know straight away what your body can do.”