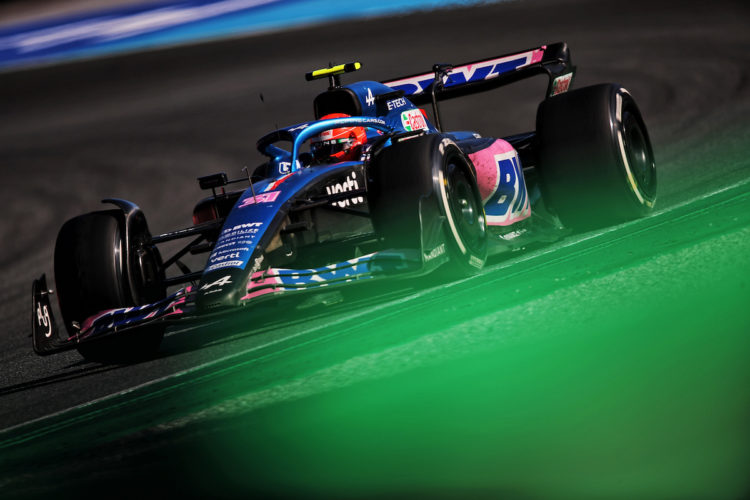 Alpine says that it is expecting to see a “reasonable step” in performance with a new floor that it will bring to Singapore this weekend.

The upgrade will be available to both Fernando Alonso and Esteban Ocon, as Alpine looks to stay in front of its rivals for fourth in the Constructors’ standings.

“We are bringing an entire new floor to both cars this weekend, which will also carry over to Japan for the next race,” said Alpine chief technical director Pat Fry.

“Visually, on the surface, it’s not much different to the previous version as most of the developments are underneath.

“It should bring a reasonable step in performance, though. At recent races, we’ve managed to bring a strong set of developments to the car, and they’ve all worked as expected.”

With the end of the 2022 campaign approaching, Alpine is set to switch complete focus to next year’s car towards the end of October.

“We have some more upgrades to bring this season before we begin to wind down by Austin at the end of October,” Fry added.

“Everyone at Enstone has worked exceptionally well on meeting targets for developments, so credit to everyone involved for their hard work.”

Alpine is currently involved in a close fight for fourth place in the standings, currently sitting 18 points ahead of rivals McLaren.

Fry states that Alpine has enjoyed the fight against McLaren, but asserts that it is not getting complacent with just a handful of grands prix left to run this year.

“It’s a very close championship fight this year, which certainly makes the racing even more enjoyable,” he said.

“All we can do is maintain our development plan and keep delivering on track when it matters.

“We need to remain on top of reliability between now and the end of the season and ensure we have both cars qualifying in the top ten and then finishing well inside the points at every race, which we know we have the capability of achieving.

“Right now, our focus is on Singapore and executing a clean race weekend at a very unique venue.”