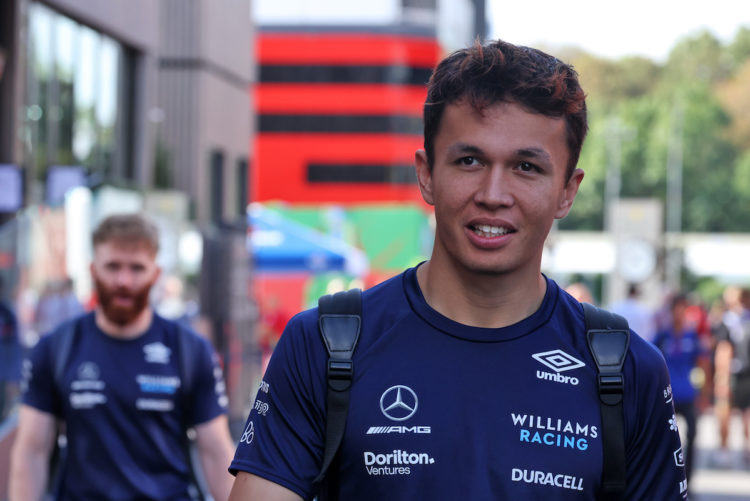 Alexander Albon is set to return to Williams this weekend in Singapore after skipping the Italian Grand Prix due to illness.

Albon was diagnosed with appendicitis and was hospitalised, where he underwent a surgical procedure.

After the operation, the Thai-British driver suffered respiratory failure amid complications with his recovery.

However, he was treated by doctors at the facility and was released from hospital just days after the surgery, before returning to his home in Monaco to prepare for a potential return.

Nyck de Vries was drafted in as his replacement for the Monza race, and scored two points in what was his debut race.

De Vries had been preparing to get back into the cockpit this weekend, but Albon is on course to carry out driving duties for the Grove-based squad.

“Firstly, I’d just like to thank everyone for all their messages and support over the Italian Grand Prix weekend,” Albon said.

“My preparation for Singapore has been a little different than normal but I’m feeling good and I’ve done everything possible to get ready for one of the most physical races on the calendar.

“I am not underestimating how big of a challenge this is going to be, but I am looking forward to hitting the track on Friday and getting back driving.

“It’s a great street circuit and the closest race to home for me in Thailand, so I’m really excited to be here and to see the fans that have turned out.”

Albon has scored three top 10 results this season, with his best finish coming in Miami, where he crossed the line in ninth.