Vasseur: Zhou has been one of the best F1 surprises of 2022 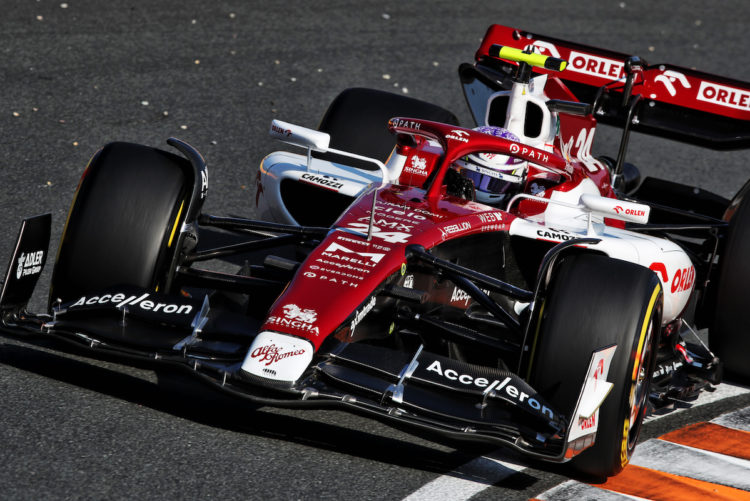 Alfa Romeo team boss Frederic Vasseur says Zhou Guanyu has been “one of the best surprises” of the 2022 Formula 1 season.

Zhou joined the Hinwil-based team this year, graduating from Formula 2 where he spent three seasons.

Zhou became the first ever Chinese F1 driver and scored points on his debut in Bahrain, crossing the line in 10th place.

His performances across the 2022 campaign have seen him secure a contract for the 2023 season, which was announced on Tuesday ahead of the Singapore Grand Prix.

“I am looking forward to continuing working with Zhou,” Vasseur said. “From day one with the team, at the [post-season] Abu Dhabi test last year, he has impressed me with his approach to work and this is always a very positive trait.

“We knew he was quick, but the way he adapted to Formula 1 in such a short time has been one of the best surprises of our season.

“He is a very nice guy, everyone in the team likes both his personality and attitude.

“He has had the humility to ask questions and learn, from the engineers as well as Valtteri, and the intelligence to apply all the information he got to improve race after race.

“He will have this experience to draw on next season, and I am sure he will make another step forward as we continue to grow our team.”

Zhou will once again race alongside Bottas, who is tied to a multi-year deal with Alfa Romeo.

The team currently sits sixth in the Constructors’ Championship, which, if seen through to the end of the year, would be Alfa Romeo/Sauber’s highest result in the standings since 2012.