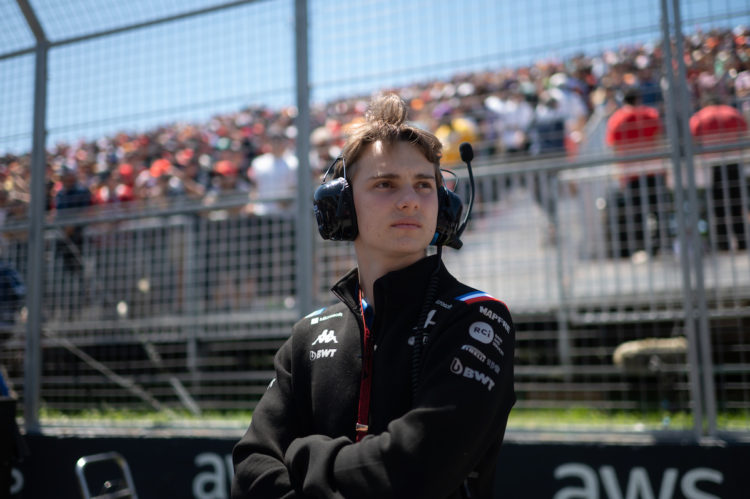 Oscar Piastri has confirmed which race number he will run throughout his Formula 1 career, which will begin next year.

Piastri has signed a multi-year deal with McLaren, and will join the team amid a messy divorce with Alpine.

Since 2014, all drivers are required to choose a race number which they will use throughout their stint in the sport. The Australian driver will run the number 81.

Piastri hinted that he would use the number earlier this year in a social media post which contained ‘#OP81’.

Speaking to the ‘In The Fast Lane’ podcast, he has now confirmed the number and explained that it dates back to the roots of his racing career.

“Basically, when I did my first race, I had to pick a number for my first race and the car shop I went to only had number ones in stock,” he said. And it had to be a one or two-digit number.

“I obviously couldn’t be number one because, for obvious reasons. So I was actually number 11 for my first couple of races.

“We entered, I think it was the Victorian state titles, and somebody had already entered as number 11. So I don’t know what inspired me to pick 81, but I changed the first one for a number eight and it stuck ever since.”

Piastri is the first driver to use the number 81 since the current rules regarding driver numbers were added in 2014.

The 22-year-old will partner Lando Norris at the team next year, replacing the out-of-sorts Daniel Ricciardo, who is ending his contract with the Woking-based squad early.