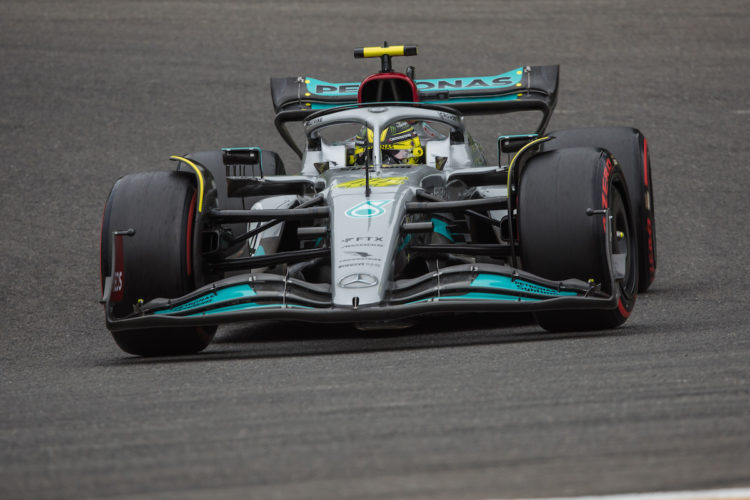 Formula 1 managing director Ross Brawn states that Lewis Hamilton is currently sacrificing performance at Mercedes, in a similar fashion to Michael Schumacher’s stint at the team.

Mercedes is enduring a difficult 2022 campaign amid the introduction of new technical regulations and is yet to take a race victory this year.

Hamilton has experimented with set-up directions on multiple occasions this year in a bid to help Mercedes understand its W13 car.

Speaking to F1 Insider, Brawn believes that Hamilton is more focused on fixing Mercedes’ pace woes than team-mate George Russell: “Lewis is in the twilight of his career.

“But that doesn’t mean it’s over yet. This year, for an extremely long time, he has had a car that he cannot win with. So he puts a lot of energy into changing that.

“For him, this time is a character test. It may well be that his team-mate George Russell is hungrier in the races as a result.”

Brawn says the situation mirrors that of fellow seven-time World Champion Schumacher, who spent three years at Mercedes from 2010 to 2012 before Hamilton joined the team.

“You can compare Lewis’ situation a bit with Michael’s comeback with Mercedes,” Brawn continued.

“As a driver, you always have to decide whether you want to be part of the solution or part of the problem.

“Michael redefined his role back then, so he was part of the solution and helped build the team that would go on to win eight straight Constructors’ titles.

“He sacrificed himself for the future of the team, so to speak, and played a key role in laying the foundation for its success.

“Lewis will come back, I’m convinced. Just like his team. I believe that periods of weakness that you have to overcome make you even stronger. I know that from my own experience.

“You have to remember that we narrowly lost three world titles before we made it at Ferrari with Michael Schumacher in 2000.

“The three years before were a tough test. The team could have fallen apart out of disappointment. But the opposite was the case: we grew even closer together and got better

“We learned a lot and finally turned our weaknesses into strengths.”